Port of Spain, Tuesday 16 August 2022 – The region’s premier film festival, trinidad+tobago film festival (ttff) is back with a full calendar of events. This year’s festival will see a return to in-person screenings and events after two years online due to pandemic restrictions.

With an impressive panel of film programmers comprising three Caribbean and two international industry specialists, more than 250 films were considered for the festival programme. This year’s film programmers are Bruce Paddington (ttff founder), Danielle Dieffenthaller, BC Pires, Ivonne Cotorruelo and Jim Kolmar. Together, they have shortlisted just over 25 films to compete for prizes and awards recognition.

Kolmar, also a writer who has been curating features for the renowned South by Southwest Film Festival (SXSW), shares, “It’s been a real thrill to work with the programming team on this year’s lineup. It represents the diversity, creativity and the sheer breadth of talent emerging from the Caribbean and beyond. Heartfelt and restlessly inventive, these films exemplify the bold visions and unique voices long celebrated by the festival.”

He continues, “The most exciting part of all this is the opportunity to watch these films with enthusiastic audiences. It’s the kind of community experience that we need more than ever, and it’s a great pleasure to play a part in that. I can’t wait for people to watch these remarkable films.”

Apart from the opening night (which will be at IMAX), screenings will be held at MovieTowne, Port of Spain and NALIS (AV Room and Amphitheatre). Screenings at NALIS are free to the public and tickets for MovieTowne will be available at their box office from 15 September.

The trinidad+tobago film festival wishes to acknowledge the generous support of our sponsors – our signature sponsor:The National Gas Company (NGC); our leading sponsors: Shell Trinidad and Tobago and Republic Bank; our contributing sponsor: the Ministry of Tourism, Culture and the Arts; our supporting sponsors:  the Inter-American Development Bank (IDB) and Trinidad and Tobago Film Company Limited (FilmTT).

We also acknowledge the contributions of our programming partners:  the National Library and Information System Authority (NALIS), the Embassy of the United States, Port of Spain, the Embassy of the Dominican Republic, Festival International du Film Documentaire Amazonie-Caraibes (FIFAC) and FILMCO; our event partners: the Dalai Llama, Calabash Garden, the Naughty Grape, MovieTowne and C15 Studios Limited; our media and promotion partners:  TTT Limited and Scrip-J. 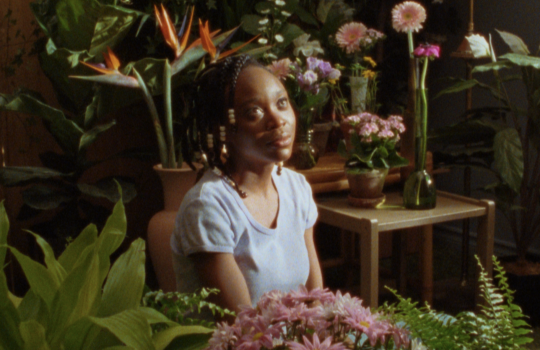