and the ttff/21 winners are…

PORT OF SPAIN, TRINIDAD, 28 September 2021 – On Monday 27 September 2021, winning films from Trinidad and Tobago (T&T) and the region, were announced at a virtual awards ceremony livestreamed on Facebook and YouTube. Awards were given in 8 film categories, and all the award-winning films are available for viewing today (28 September) at ttfilmfestival.com.

“Best T&T Film” was awarded to the director Nicola Cross, for her short doc, Becky, which is an unexpectedly uplifting story about a Kenyan woman’s resilience on her journey to feeling complete.

Trinidad-based director, Andreas Antonopoulos won “Best New Media Film” – for his work, Rhythms of Trinidad, which he created, using found archive, in collaboration with the National Archives of Trinidad and Tobago; the film looks at history through movement and production of space.

Out of 13 student films screened at ttff/21, Juana, by Dominican director José Antonio Martínez, emerged as the winner of “Best Student Film”. Young and aspiring filmmakers and industry professionals also played a key role in judging films in competition at this year’s ttff. The award for “Best Film as selected by the Youth Jury” was juried by young film jurors under the mentorship of seasoned film critic BC Pires, and was presented to Olivier Sagne for his film Lovena.

Perfume de Gardenias, by Puerto Rican director Macha Colón, won “Best Narrative Feature”. Perfume de Gardenias is a dark comedy that tells the story of an elderly woman in Puerto Rico, who is widowed and crafts a beautiful, custom-made funeral for her husband. This leads her into a profession of designing custom, idiosyncratic funerals for her ailing neighbors.

Remarks were delivered at the ttff/21 virtual awards ceremony by Derwin Howell, Chairman of FILMCO, and awards were presented by Myles Lewis, head of corporate social responsibility and NGC, Kelli-Marie Patel from Shell Trinidad and Tobago Ltd. and Republic Bank Ltd.

The 2021 trinidad+tobago film festival (ttff/21) is given signature sponsorship by the National Gas Company of Trinidad and Tobago (NGC), leading sponsorship by Shell Trinidad and Tobago Limited and Republic Bank Limited (RBL), with National Lotteries Control Board (NLCB) and the Ministry of Tourism, Culture and the Arts as contributing sponsors. Programming partners are FilmTT, the U.S. Embassy in Port of Spain, FIFAC and Cinemartinique. 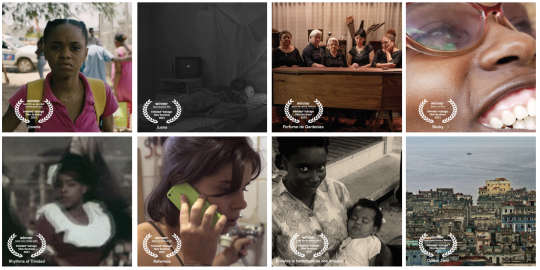