Presented with the support of the National Gas Company of Trinidad and Tobago (NGC), this year’s retrospective seeks to honour and celebrate the work of vanguard director and photographer, Horace Ové, with online screenings of some of his most recognised and important films: “Baldwin’s Nigger”, “King Carnival”, “Pressure”, “Playing Away”, “The Ghost of Hing King Estate” and “Black Safari” (which he didn’t direct but in which he had a starring on-screen role).

With an impressive, groundbreaking body of work, Horace Ové is the most important filmmaker from Trinidad and Tobago and one of the Caribbean’s masters. Ové was born in Belmont, a cosmopolitan suburb of Port of Spain, where he proudly proclaimed, “every colour, class, creed and race lived side by side”. His early love of film was nurtured by frequenting the local Olympic cinema where he and his friends used to sit in the cheapest pit seats, providing commentary and interacting with the Hollywood stars on the screen, often having seen the films a number of times. The films used to break down and the members of pit made sure to roundly heckle the projectionist.

Belmont was a centre for Carnival, and other cultural activities, and Horace’s family was right in the middle of it. In fact, Ové’s brother, Valmond, played Nero in the Carnival band, “Imperial Rome”. Ové carried this rich culture with him when, in 1960, as did many other West Indians, he left Trinidad to live in England, the “mother country”. He went to study painting, photography and interior design but soon became involved with film. He was an extra on the Hollywood epic, “Cleopatra” (1963), but the film ran into major problems forcing it to move location from London to Rome. Ové travelled to Italy where he now played a soldier rather than a slave. When the film wrapped production, Ové stayed on in Italy, where he was especially influenced by Fellini, but also by De Sica, Rossellini and other members of the Italian Neorealist movement.

Returning to England, Ové went on to study film at the London School of Film Technique. He made his first film, “The Art of the Needle” (1969), a short documentary about acupuncture in Britain that was sponsored by the Acupuncture Association. This proved to be the beginning of a long and eclectic career in film and television, mainly in Britain, but also in many other countries, including the Caribbean. That same year he directed “Baldwin’s Nigger”, featuring an exchange between the American activist Dick Gregory, the celebrated African American writer James Baldwin, and a mainly black audience. They discussed and compared the experiences of black people in America and Britain during the Civil Rights Movement and the turbulent 1960s. In 1970, he directed another pioneering film, “Reggae”, an exploration of the beginnings of the reggae movement. This was the first film on the subject directed by a black person from the Caribbean. The centrepiece of the film is a concert at Wembley stadium featuring Toots and the Maytals, Desmong Dekker and others, while the film also questioned the paradoxical involvement of white skinheads with reggae music.

“The Black Safari” (1972) saw Ové in a different role, that of presenter, in this parody of an African safari where Ové, and his black colleagues, go on an expedition in a canal boat looking for the “real” England. The locals looked on in amazement. “Playing Away” (1986), directed by Ové, explored similar themes in an amusing look at culture shock as a West Indian cricket team from Brixton is invited to play a cricket match against a white village team, to mark the conclusion of “Third World Week”.

With “King Carnival” (1973), Ové returned to his roots, to film in Trinidad during Carnival celebrations. The film explores the role of Carnival in the society, and the influence of African cultural traditions. It is by far the best of the number of films made on the subject. However, his tour de force was “Pressure” (1976). With a screenplay by famed Trinidadian writer, Samuel Selvon, “Pressure” was Ové’s first narrative feature film, and has the distinction of being the first independent feature film made in Britain by a Black director. The film was controversial as it explored the racism and xenophobia faced by West Indian immigrants and their children (now first and second generation British) in England – it was shelved for nearly three years by its funders, the British Film Institute (BFI). The timing and focus of the film were prescient: within a few years of its release, the streets of Brixton, Birmingham and Bristol exploded into riots, as angry and disenfranchised members of the Black British community took to the streets in protest against police harassment and the contentions ‘sus’ laws related to stop and search.

Other films shot in the Caribbean included a mini series for television, “The Orchid House” (1991) produced by Ové and Annabelle Alcazar. Based on a novel of the same name by Phyllis Shand Allfrey, it was shot on location in Dominica and featured a white plantation family witnessing the decline of the British colonial order and the beginnings of the independence movement. Back home in Trinidad, Ové directed his last dramatic feature film “The Ghost of Hing King Estate” (2009), produced by Francis Escayg, and starring Wendell Manwarren and Teri-Leigh Bovell. The film was based on a true story about the mysterious deaths on a local cocoa estate. It had limited exposure, but was enthusiastically received at a screening at the British Film Institute.

Horace Ové was awarded the Hummingbird Medal by the government of Trinidad and Tobago in 1992, and was made Commander of the British Empire (CBE) by the British government in 2007. These tributes represent over fifty years of creative film and television production, while his photographs have been displayed at the National Portrait Gallery and form part of the Arts Council’s permanent collection.

“I am a filmmaker and a black filmmaker, but that doesn’t mean I am only going to make black films. I’ve tried not to do that in my career as that limits me as an artist. I’ve always wanted to film about anything, anywhere, and anybody”.

Ové continued, “I’ve always wanted to produce quality films [and] I made up my mind that I’m going to make films as good as anybody else in any country – England, France or wherever.”

And this is what he has done.

*Please note, retrospective films are made available to viewers in the Caribbean only. Please check our schedule for show dates. 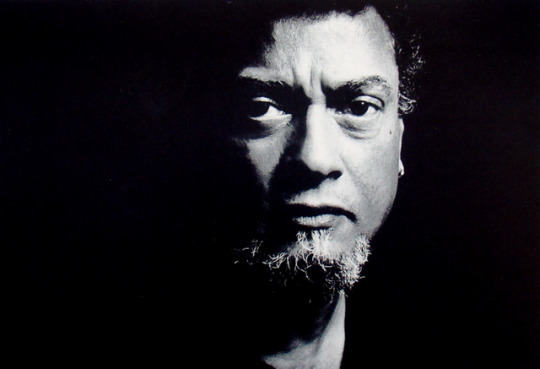