The highly acclaimed 1970s documentary, “King Carnival”, stands after all this time, as a love letter to T&T. Made for the BBC in 1973, by legendary Trinidadian-British director, Horace Ové, the film is still acclaimed as one of the best ever made about the history of Trinidad and Tobago Carnival. The UK’s Times newspaper had this to say at the time: “…beneath the fantastic spectacle there lies a history of cultural struggle. The influences of Europe, of India, and above all Africa are reflected in customs and ceremonies still alive in Trinidad today. The insistent, joyful music, stunning costumes and immense crowds make it a perfect TV spectacle; Horace Ove’s film shows it to be that, and much more.” 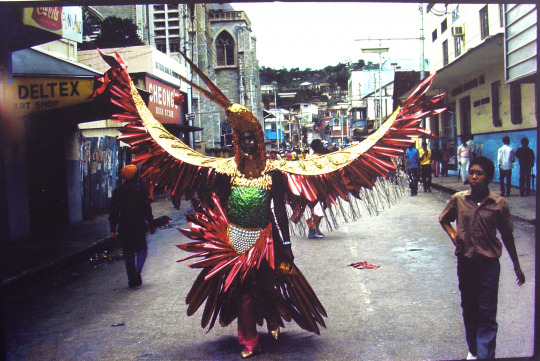 Born in Trinidad in 1939, Horace Ové has the distinction of being the first black filmmaker to direct a feature-length film in the United Kingdom (Pressure, 1975). His other films include Baldwin’s Nigger (1968), Reggae (1971) and Dream to Change the World (2003), a portrait of the late Trinidadian-born British activist John La Rose. Ové was awarded a CBE, Commander of the British Empire, in 2007.