Ben Chace is an American filmmaker. Without Wings, his second feature film, is his first ttff/15 selection.

Tell us what your film is about in 140 characters or less.
When a-70 year-old man in Havana reads that a famous ballerina from the 1960s has died he is thrown into a world of memory he has spent decades trying to forget, reliving their brief and dramatic affair from his heyday as a young journalist in the early days of the Revolution.

Why should audiences see your film?
It is a portrait of the many layers of Havana past and present, with an incredible Cuban cast, a beautiful score, and rich super 16-millimetre photography.

What was the most challenging thing about making your film?
Directing in another language is not easy, and the logistics of almost any undertaking in Cuba are daunting from an American perspective, but I think the biggest challenge was trying to present an honest depiction of Cuban culture as an outsider. This was only possible because of the real generosity of my Cuban collaborators, who helped me improve and refine my concept.

What did making this film teach you?
So many things: try to keep your direction simple, for one; shooting on film is worth the headache, for another. There were a million small [lessons] in this filmmaking process. My challenge is to remember as much as possible to bring with me into the next project.

Complete the sentence: “If I weren’t a filmmaker…”
I would focus on music full-time, or teach.

What films or filmmakers inspired you?
Black Orpheus, Wild Strawberries, Last Year at Marienbad, Memories of Underdevelopment, Talk to Her.

If you could only watch one film ever again, what would it be?
Tough question. Maybe The Big Lebowski, or Nights of Cabiria.

What’s next?
This month I’m shooting a short in Brooklyn called The Rollercoaster, and playing music with my band Bird Dog.

Without Wings screens at the ttff/15 as follows:

Image: A still from Without Wings 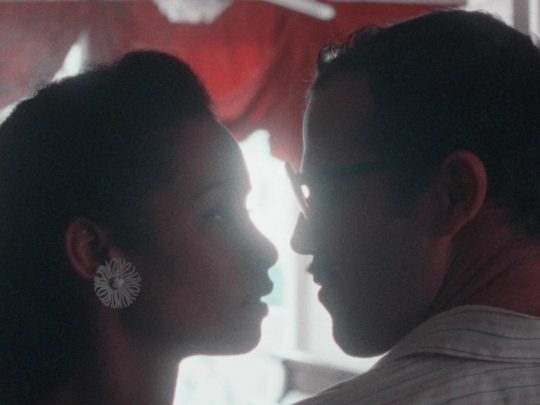