Directed by Kelley “Kali” Chatman Lalo’s House is a masterfully created short film. However before continuing I must say the film is in French, so if subtitles are not your cup of tea and you don’t speak French, this may be a bit difficult for you- but there is still much value in giving the film a chance. Also, the subtitles were spot on, and easy to read.

The film begins up with preteen sisters Manouchka and Pharra listening to folk tales instead of heading directly home after school. The film initially appears to be a coming of age story chronicling the sisterhood of two Haitian girls. But by the end of the first act the film takes an unexpectedly dark turn. Given that I headed into this film having read no reviews or synopses of the film this turn of events caught me totally off guard. In retrospect though I realise there were clever and subtle metaphors and hints blatantly littered throughout the first act foreshadowing the real direction and end of the film.

From the opening scene you immediately begin to be drawn in and invested in the characters through the use of an enthralling score coupled with fantastic visual story telling elements. Elements which lend to the ultimate gut punch that is the twist of the film. The film is made even more gripping by the director’s apt use of appealing and appropriate colour schemes and cinematography to heighten emotional moments throughout the film.

You are then further absorbed into the world of these two sisters by phenomenal acting especially by its two young protagonists and vicious antagonist. It’s a great achievement in my opinion when a director can present you with an antagonist, a character to dislike, a clearly detestable human being but yet still show you a different side to that character; some sliver of humanity about them that will make you empathetic to their situation.

As difficult to digest and as dark as the second and third acts of this film were it did hammer home an issue which needs to be addressed. A worldwide peril we as a society and human beings need to face and find a resolution for. This film is a true success as sad as that may be. I applaud the director for bringing exposure to this and I recommend spending the 26 minutes to view it and even a further 26 minutes to view it a second time, because it is that good. 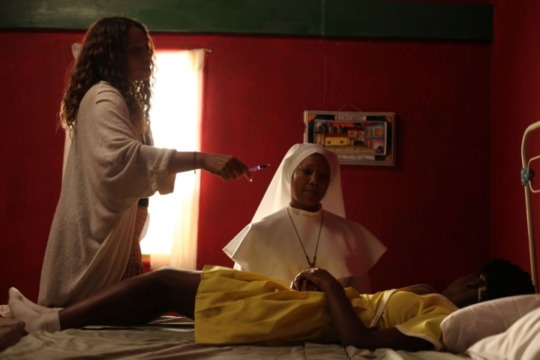