Hero is the story of a man who made history in the truest sense of the word. The film can almost be called an epic, because it chronicles an epic life. After seeing Hero, I now think that Ulric Cross is on a short-list of candidates for the title, “Greatest Trinibagonian in our History”. His achievements are staggering, and it is sad that they are not better known.

Cross was a global citizen, before Globalisation was a buzz word- And this film takes you on a journey to explore the wide sweep of his life. You will start in Trinidad, journey to England and Europe during World War II, then to Ghana, Congo, Cameroon, and Tanzania. In every one of these African countries he played a monumental role, and was contemporaries and friends with gigantic historical figures such as Kwame Nkrumah and Patrice Lumumba. Cross occupied positions of power and consequence, even becoming the Attorney General of Cameroon. And, all the while, Cross conducts himself with a finely developed conscience and with an idealistic vision for creating an egalitarian world. No doubt, Cross, like everyone else, has his flaws, but that only makes him more relatable.

This bio-pic accurately depicted what life in the 1950s and onwards was like, and it was able to maintain a delicate balance between well placed humor and rich history. The multitudinous aspects of Cross’s life highlighted were thought provoking, engaging, and often quite moving. The film is, in so many ways, inspiring and far reaching – it makes you want to participate in life and activism. There is definitely something in this film that will resonate with each Trinbagonian viewer.

The Director’s vision was executed beautifully, the story flowed even though the film is firmly segmented into sharp chapter-like sections. Still, the film fits seamlessly together, and utterly holds your attention despite its historical content. The use of strategically placed elements such as music and archive video was an excellent tool in telling the story of this real person – this is particularly true with interview footage of Cross towards the end of his life, where he isn’t the giant he once was and has to be cared for and supported. The vast dynamic of his story can make it, at times almost unbelievable to think that this man existed and came from Trinidad. This is definitely one to watch! 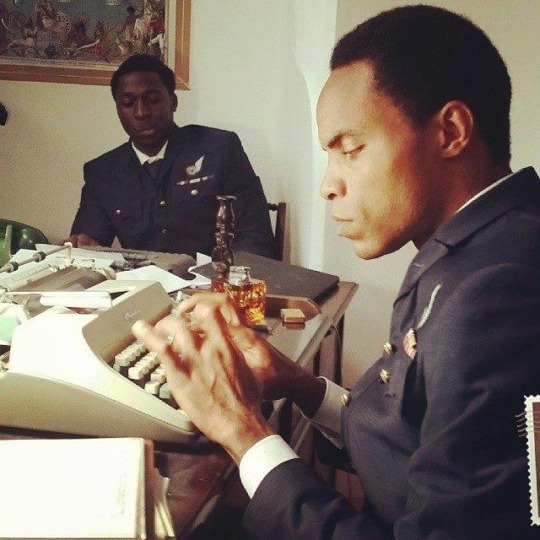