Lighting is fundamental to film – it creates mood and atmosphere, and adds to a sense of meaning. Whether it’s dressing the film set or blocking your actors, every step of the cinematic process affects your lighting set-up and vice versa.

In this two-day online workshop led by narrative film director Robert Macfarlane, participants will learn how to cost-effectively achieve professional lighting systems for their projects. Macfarlane will explore the techniques involved in planning and executing lighting for various genres and how one maps movement around a lighting set-up. This course will take place over 2 three-hour sessions and will be of equal benefit to those with and without lighting equipment. Workshop segments will include: finding your lighting tools – how to creatively use what you already have; lighting set-up reviews; planning your lighting, and technical reviews.

Participants should have a basic understanding of film. Both film practitioners and film students are welcome to register for the workshop.

FILMCO members and filmmakers with a film in this year’s festival will receive a 20% discount on the ticket price. To receive a discount code, please email admin@filmco.org.

This workshop will be conducted online via Zoom, so we welcome participants from around the Caribbean.

If you are a filmmaker without access to top-notch lighting equipment, do not fear. This module will explore how to achieve professional lighting using tools we may already have in our home. We will introduce the concepts of creatively producing lighting plans in conjunction with the genre of the scene to be shot.

Participants will be given the opportunity to view and discuss excerpts from a few films, paying particular attention to the lighting set up as it relates to the overall mood/tone and genre of the film.

Our second session will focus on discussing and reviewing the material curated by each group. In the feedback, we will place emphasis on the approach to lighting the locations based on the considerations placed on light intensity, technical issues, time of day, clarity of the action and most importantly the genre.

Participants will be given the opportunity to view and discuss freeze-frames from a few films, paying particular attention to the technicality of the lighting set up, camera angles, time of day and as it relates to the way it guides visibility of the action.

This module seeks to allow the facilitator to share a step by step process of all of the steps covered from day one and two, using examples in his own home. Participants would get the opportunity to view, discuss an action scene shown by the facilitator based on his own lighting plan diagrams. This is where we get into the specificity of using what’s available to convey motivation and action of our scenes.  This will be a very interactive segment where questions and feedback will be a key element.

Robert Macfarlane is a narrative film director with over 15 years experience in the film, TV and commercial sectors in the UK and Caribbean. He is the director of “Immune“, a sci-fi/thriller set against the backdrop of a pandemic. After completing his BA at London South Bank University, he started a production company, focusing his attention on directing narrative music videos, producing over 30 in three years for various artists across genres. He then moved to Trinidad and Tobago and expanded his style of directing. He worked in a variety of roles on feature films, commercials and corporate films. After returning to the UK, he worked as a creative director at a boutique production house directing over 40 high-end corporate and educational films before choosing to focus solely on narrative directing. His credits range from directing award-winning shorts to editing the multi-award-winning feature film, “Sally’s Way”, which was released in North America and the Caribbean. Broadcast credits include editor on TV shows for CTV in Trinidad and Tobago and the BBC as well as director of music videos which have aired on MTV Base, VH1 and the Box. 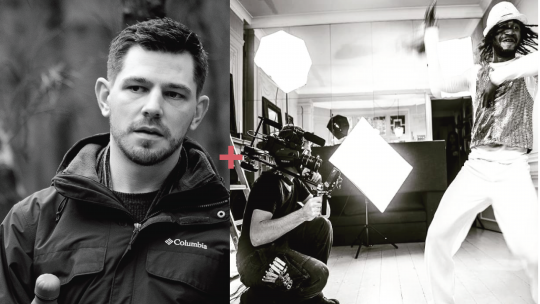