Workshop: Breaking it Down: The Role of the DP

Understanding the role of the film’s director of photography, and the various departments the dp works with, is invaluable before beginning a project.

This foundational three-hour workshop, led by Jamaican director and dp Gabrielle Blackwood, will discuss the role and process of the director of photography, both on and off set. Participants will be guided through the pre- and post-production stages of a film from the perspective of the dp. Blackwood will discuss everything from pre-production site visits, vision boards, shot listing and storyboarding, to post-production planning including colour grading and, where relevant, special effects.

This workshop will also delve into the working relationships you’ll enjoy as a dp, from collaborating closely with members of the creative team such as directors and production designers to liaising with the technical brains of the project – your gaffer, grips and camera department. In the last hour of the workshop, Blackwood will present a live colour-grading segment.

Participants should have an understanding of and grounding in film that includes a basic knowledge of cinematography.

FILMCO members and filmmakers with a film in this year’s festival will receive a 20% discount on the ticket price. To receive a discount code, please email admin@filmco.org.

This workshop will be conducted online via Zoom, so we welcome participants from around the Caribbean.

Her feature screenplay ‘Kendal’ was shortlisted for a Sundance Lab and the ScreenCraft Drama Feature Writing Competition and was the winner of the Caribbean Tales 2019 Big Pitch Competition. Born in Jamaica, Gabrielle earned her Masters (Hons) and Post Grad Dip. in Screen Production from the University of Auckland, New Zealand and a BA (Hons) in Media and Communication from the University of the West Indies. She is the immediate past president of the Jamaica Film and Television Association (JAFTA), a co-convenor of Women In Film Jamaica and resides in Kingston, Jamaica where she works as an independent filmmaker. 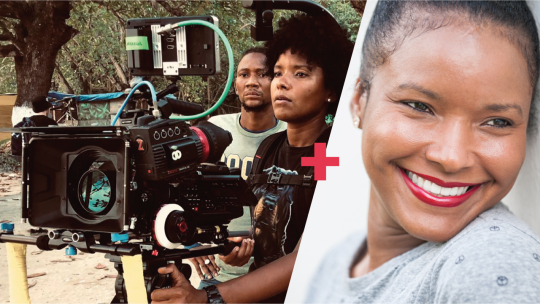