Who Let the Dogs Out?

When Oyetayo Raymond Ojoade pitched the idea of a documentary about stray dogs to his lecturers at the Film Studies Programme at the University of the West Indies, they were less than enthusiastic. Who would want to see a documentary about that?, they effectively said. 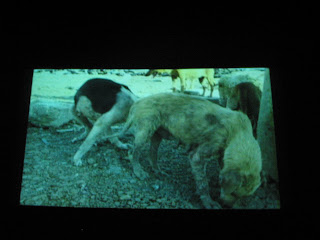 Yet Ojoade persisted. Coming from Nigeria, where stray dogs simply do not exist, he noticed the proliferation of them here in a way that locals, perhaps being accustomed to their ubiquity, do not. So he set to work, and Who Let the Dogs Out?, which screened on Wednesday 24 September at the TTFF, is the eye-opening result. 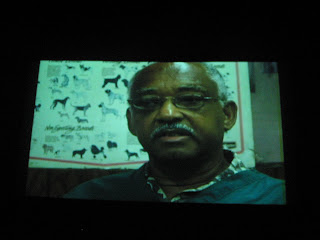 Who Let the Dogs Out? looks unflinchingly at the problem of pariah dogs in Trinidad, and what is (or isn’t) being done to address the situation. It is a difficult film to take in: I’m not squeamish, but could hardly bring myself to watch the scenes showing rounded-up strays being euthanised, bagged and disposed of. Ojoade shows it all without blinking, though I found the power of these scenes undercut somewhat by his manipulative use of music here – Bruce Springsteen’s “Streets of Philadelphia”, from the Aids drama, Philadelphia. 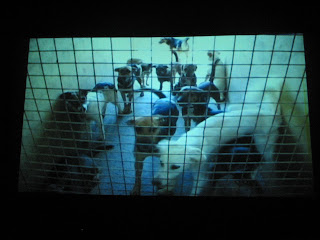 The thorny issue of euthanisation, and by extension that of spaying and neutering animals, came up in the lively post-screening discussion, which included a member of the Animal Welfare Network charity. 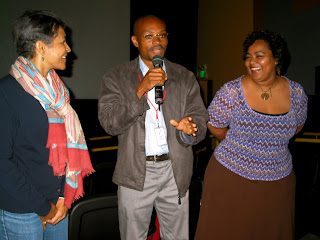 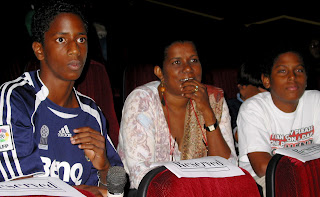 Members of the audience take part in the post-screening discussion. 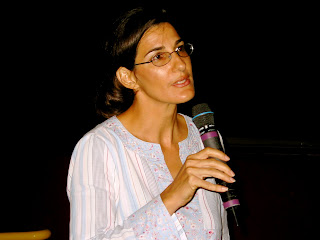 A member of the Animal Welfare Network (whose name I unfortunately did not catch) speaks on the topic of the spaying and neutering of pets. The screening was a benefit for the AWN. 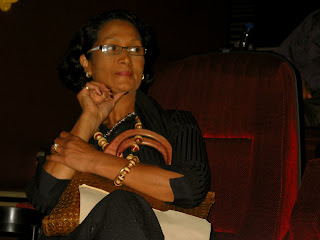 Dr Jean Antoine, member of the faculty of the Film Studies Programme at UWI.