VS Naipaul at the TTFF

A young woman got up after the screening of the documentary, the Strange Luck of VS Naipaul, last Saturday evening at the TTFF, to address the film’s director, Adam Low. With tears in her eyes, and with a breaking voice, she remarked how Low had humanised and made sympathetic a man who many people, including herself, have strong feelings against. 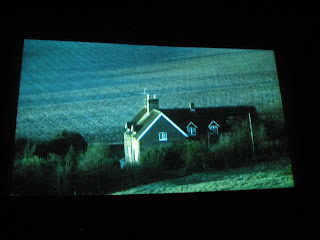 Screenshot from the Strange Luck of VS Naipaul.

VS Naipaul remains ever the controversial figure, and Low’s documentary, made last year as a sort of complement to Patrick French’s magisterial biography of Naipaul, will no doubt divide audiences. One point that seems to be agreed on, however – certainly judging from the reaction at this screening – is how well Adam Low was able to capture and present his subject, whatever people’s opinions of the subject himself. 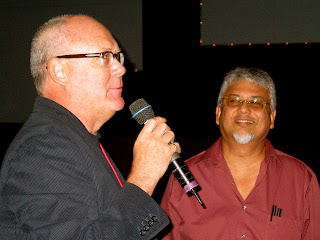 Adam Low and Bhoe Tewarie field questions and comments from the audience.

Joining Low in the post-screening Q&A; was Dr Bhoe Tewarie, former Principal of the University of the West Indies, St Augustine, whose illuminating interview with VS Naipaul was screened before Low’s documentary. 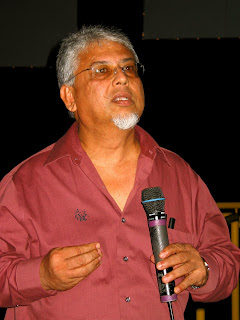 Bhoe Tewarie gives his opinion of the writer and man, VS Naipaul. 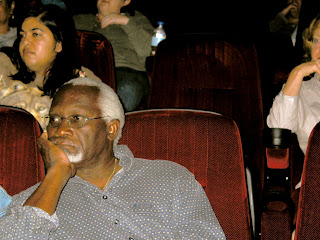 Selwyn Ryan, political scientist, was part of the audience. 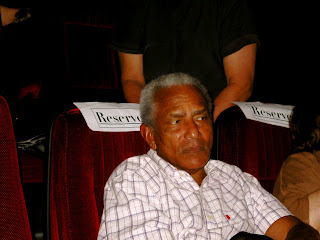 So was attorney Desmond Allum. 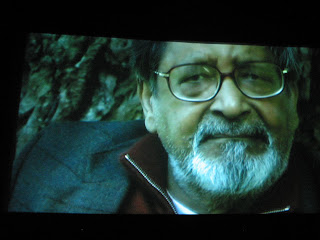