The edit – arguably the most intense and make or break aspect of the filmmaking process. A good editor can transform a film, building compelling story arcs, luring audiences into the complex world of the story, cut by cut. In fact, in documentary, the film is “made” in the edit suite. For our next ttff talk, we’ll be sitting down for an intimate and wide-ranging discussion on creativity, storytelling and the craft of editing, with documentary editor, Carla Gutierrez.

Carla Gutierrez is an Emmy and ACE Eddie nominated documentary editor. She cut the Oscar nominated film ‘RBG’, about the life of Supreme Court Justice Ruth Bader Ginsburg and her fight for gender equality. ‘RBG’ premiered at Sundance and was released theatrically worldwide. It won the National Board of Review Award for Best Documentary, the Critics’ Choice Award for Best Political Documentary, and a DuPont-Columbia Award. Carla recently edited the feature documentary ‘Pray Away’, which tells the story of the “pray the gay away” or ex-gay movement, for Multitude Films and Lamplighter Films. ‘Pray Away’ premiered at Tribeca and was an official selection of the 2020 Telluride Film festival. Carla also edited the Oscar nominated film ‘La Corona’ (HBO) and the Emmy nominated documentaries ‘Reportero’ (POV), ‘Kingdom of Shadows’ (POV) and ‘Farewell Ferris Wheel’ (America Reframed). Carla is currently finishing editing a feature documentary about the great American cook and TV personality, Julia Child for CNN Films, Imagine Entertainment and Storyville Films. Carla has been a creative adviser for the Sundance Edit Lab, and a mentor for the Firelight Producers’ Lab, The Karen Schmeer Diversity Program and the Tribeca Film Fellows program. She is a member of the Academy of Motion Pictures and the American Cinema Editors. Carla received a Masters in Documentary Film from Stanford University. 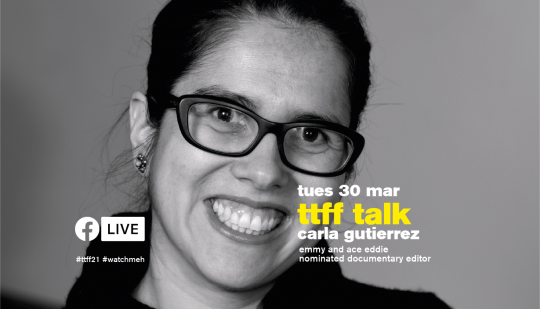