ttff partners with UNHCR on human rights edition of WAMOU

The trinidad+tobago film festival is delighted to present the human rights edition of our popular #WatchAMovieOnUs online streaming series! In celebration of World Refugee Day, we are partnering with UNHCR, the UN Refugee Agency to for two days of online film screenings. The series explores the lived experiences of refugees and asylum seekers in Trinidad and Tobago and Central America.

Starting 19 june, films will be available to viewers for 24 hours each (midnight to midnight) at ttfilmfestival.com/watchamovieonus

Set against frank conversation about diversity in Trinidad and Tobago, ‘Lifted‘ follows a day in the lives of a refugee family as they journey to a Moko Jumbie (stilt-walking) class.

Trinidad & Tobago is home to over 7,000 asylum-seekers and refugees—including parents who have fled to protect themselves and their children. Set against frank conversation about diversity, Lifted follows the highs and lows experienced by a refugee family as they journey through Port-of-Spain, and encounter a group of Moko Jumbies (stiltwalkers). Lifted is written and directed by award-winning filmmaker Miquel Galofré, produced by the United Nations High Commissioner for Refugees and T&T Rocks, and features interviews with Sticks in de Yard / #1000Mokos.

If you were forced to flee or into hiding – away from your family, left alone with your thoughts and fears – who would you reach out to? Directed by Diana Diaz, ‘With Love from Central America’ is a series of letters written by eight refugees, asylum-seekers and internally displaced people who are rebuilding their lives in the region, where they must continue to live in the shadows to stay alive.

Living in the midst of chronic violence and insecurity, tens of thousands of people from Honduras, El Salvador and Guatemala have been forced to flee. Most are escaping the oppressive influence of organized crime. Others flee social and political instability in countries like Nicaragua. The number of refugees and asylum-seekers from the region has significantly increased, reaching over 409,000.

‘Casa en Tierra Ajena’ reveals the circumstances that expel and force people to leave Guatemala, El Salvador and Honduras; and the increasingly violent and repressive control mechanisms that are imposed to try to retain the migrants, setting its sights at the same time, on the solidarity that is woven in a path without borders.

Directed by Ivannia Villalobos Vindas, the film is based on the book ‘No more walls, forced migration in Central America’, written by researcher and academic Carlos Sandoval García, ‘Casa en Tierra Ajena’ is built on three questions: “Why do Central Americans continue to go to the United States if it is increasingly dangerous to cross the border? Why has immigration policy become so much tougher with more and more obstacles to migrate?; And why, along the migratory route, are the most humble people the most supportive, both in Mexico and in the United States?” 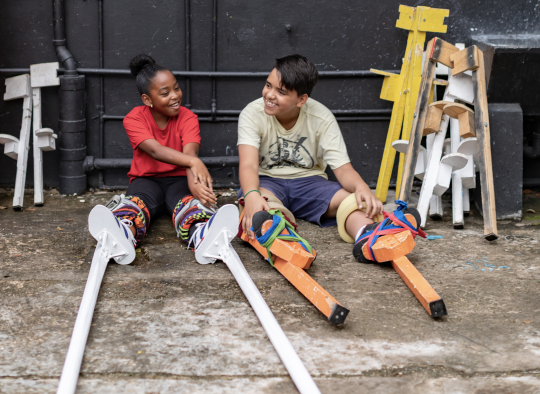