Following a successful 2013 film festival, the ttff will resume its community film outreach programme, from October 18 to 26. Sponsored by the National Gas Company of Trinidad and Tobago (NGC), the Community Cinema Series will give audiences in San Fernando, Couva, La Brea and Tobago the opportunity to experience the mobile cinema experience in their communities, free of charge.

The ttff Community Cinema Series will feature ten films, exploring a diversity of themes and styles. The majority of these films are shorts, while two award-winning features—Pressure by Horace Ové and Rain by Maria Govan—will also be screened.

The Community Cinema Series rolls out on October 18 at the San Fernando Hill Recreation Grounds with Rain, a critically acclaimed family drama from the Bahamas about a promising young sprinter who seeks family roots after a devastating loss. Rain will be preceded by The Fallen People of The Black Land, an animated short film directed by T&T filmmaker Joanne Haynes.

On Saturday 19 October, the Community Cinema Series proceeds to the NGC Couva Joylanders Pan Theatre, where the classic T&T feature The Panman, directed by Kamalo Deen, will be screened. The saga of a young man from an affluent family turning down a scholarship to play pan, The Panman will be preceded by Jab In The Dark, winner of the ttff/13 People’s Choice Award for Best Short Film. The film’s director, Robert Macfarlane, will be present to introduce and discuss his film.

Then on Wednesday 23 October, primary school students and members of the Growing Leaders Foundation Programme will be treated to a series of short films at MovieTowne, Tobago.

The Community Cinema Series concludes on Saturday 26 October at the La Brea Community Centre. Held in association with the La Brea Village Council, this event will feature a screening of Pressure, by acclaimed T&T director Horace Ové. The film traces the journey of a British-born younger son of an immigrant family from Trinidad who finds himself adrift between two cultures. Producer of the film and Programme Director of the ttff, Annabelle Alcazar, will be present for a Q&A session.

“Community Cinema is an integral part of our vision and objectives at the ttff,” said Melvina Hazard, Director of Community Development, ttff. “By taking films and filmmakers directly to communities, we promote the production and appreciation of local and Caribbean films, as well as educate, entertain and inspire audiences, while using film as a platform for social transformation.”

NGC has been a Supporting Sponsor of the ttff since 2009. In 2011, the company began sponsoring community screenings throughout Trinidad and Tobago. Speaking about the 2013 Community Cinema Series, Wynda Chandler, Head of Community Relations at NGC, noted, “When we considered the power of film to reinforce the identity of a people by giving visual expression to ideas, NGC took the leap to contribute to mining a new area of national and international talent.

“With the introduction in 2011 of community screenings, NGC was happy to get the involvement of residents of satellite districts who, owing to their distance from MovieTowne—the hub of the Festival—may have found difficulty in attending screenings. NGC is also happy to involve its employee volunteers who serve as hosts in the various communities.”

Admission to the ttff Community Cinema Series is free. All screenings but the Tobago screening will start at 7pm and refreshments will be on sale. North Eleven, the ttff’s Official Screen Partner, will facilitate the technical aspects of the series. 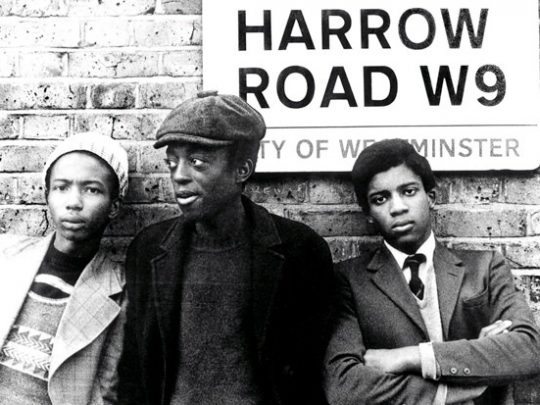