Presented with the support of The National Gas Company of Trinidad and Tobago (NGC), this year’s retrospective seeks to recognise and celebrate the pioneering work of Banyan Productions and its founders as germane to the development of our local film and television industry. The retrospective programme will include several events which will take place at NALIS on Hart and Abercromby Streets in Port of Spain. Events include screenings of some of their most important television work; a ttff talk with Dr Bruce Paddington and Christopher Laird; and an exhibition of photos, memorabilia and more at the Rotunda in NALIS.

Imagine the 1970s. Trinidad and Tobago, after the Black Power movement – which some say was not about “black” power but about an awakening of the working class or underclass, to give visibility to the invisible. Change happens slowly but there are shifts. There’s a new Trinidadian returning from away. Not just doctors and lawyers, they are returning to teach, and to teach through other media: literature, publishing, audio-visual and film, theatre and mas, the arts. Enter Suzanne and Hugh Robertson, Tony Hall, Christopher Laird, Peter Minshall, Trini wives with their husbands, Trini husbands with their wives.

(You can read Pat’s full piece on Banyan in the ttff/22 printed guide.) 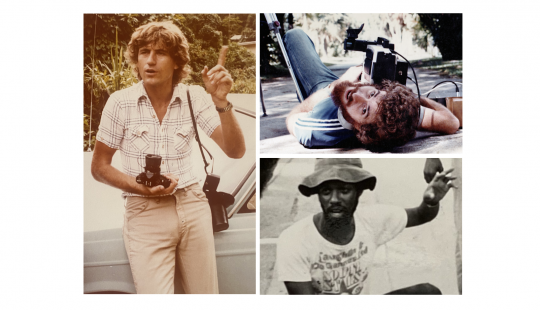