Above: Bruce Paddington, Founder and Director of the ttff at the ACP booth in Brussels.

In the recently concluded European Development Days (EDD) – an international forum on global development and cooperation, held in Belgium from 15 to 16 June – the work of the trinidad+tobago film festival (ttff) was highlighted. The ttff was the only Caribbean cultural organisation present at the event.

The EDD is Europe’s leading forum on global development and brings together key players including world leaders, young activists, civil society organisations and international agencies with over 6,000 development professionals from around 150 countries. Organised by the European Commission and its partners, the EDD brings the global community together each year, to share ideas and experiences, and to inspire new partnerships and innovative solutions to the world’s most pressing challenges.

The work of the ttff was highlighted in the exhibition booths of two EDD partners – the ACP (African Caribbean and Pacific group of States) and Africalia – which focuses on assisting African cultural development. These booths were the only ones visited by Queen Mathilde of Belgium and her Government advisors.

According to Bruce Paddington, Founder and Director of the ttff, who was present at the EDD, “Culture is seen as a major pillar for sustainable economic growth within Europe and its partner countries, making partnerships between Europe and the global South an exciting prospect. We are proud that the work of ttff and our partners in the region has been recognised as crucial to the development of a Caribbean-wide film industry, and we remain committed to supporting economic diversification and regional integration through this creative sector.”

The ttff celebrates films from and about the Caribbean and its diaspora, as well as from world cinema, through an annual festival and year-round screenings. In addition, the ttff seeks to facilitate the growth of Caribbean cinema by offering a wide-ranging industry programme and networking opportunities for filmmakers in the region. The 2016 edition of the film festival will run from 20 – 27 September. 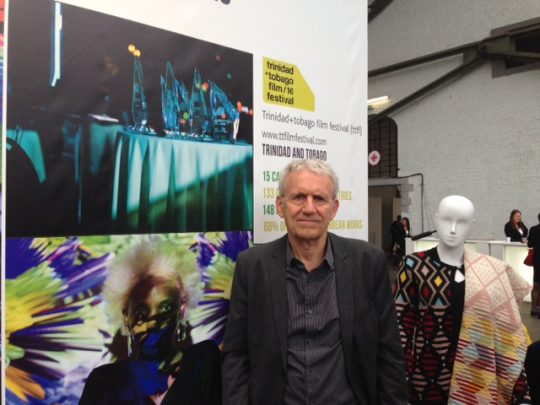