Tony was a renaissance man, excelling as an actor, presenter, director, scriptwriter, playwright, teacher, dramaturge and mentor who played a critical role in the development of the Trinidad production company, Banyan, and its position in local television. I first interacted with Tony in 1976 when he played a lead part in Derek Walcott’s musical “O Babylon!” Tony’s stature was such that he was already being recognised as heir apparent to Walcott , but he also had a career in community theatre beckoning in Canada. Enter Banyan, which had just been awarded a major grant by the International Planned Parenthood Federation to produce a thirteen-part “education” television series “Who The CAP Fits”. Thus began an over forty-year relationship that only concluded with his recent sad death.

Tony’s community theatre approach encouraged audience involvement and improvisation; when married with social commentary and the humour and satire of early Banyan programmes, a new style was born. So “CAP” started with no script, but a handful of leading local actors and young talent who worked with Tony as they developed their characters. This was followed by improvised acting sessions, and gradually a script was born. This technique was used in countless other Banyan series and programmes such as “Morral”, “Epiphany” and a similar collaborative approach was used in the “Gayelle” magazine series and the award winning “And The Dish Ran Away With The Spoon” with the wonderful pairing of Tony and Errol Sitahal.

Tony played the leading role in the local film, “Obeah” (1987) – initially known as “The Haunting of Avril” – which was directed by Hugh Robertson ( of “Bim”). Unfortunately, the film is still awaiting post-production funds, and it would be a great tribute to Tony if the Government or private sector would pay for the completion of this film. The trinidad+tobago film festival would love to screen it!

Tony always had great plans to complete major film projects such as a film version of his play, “Jean and Dinah”, and a major documentary on the life of Kwame Ture (Stokely Carmichael). Unfortunately, he did not receive the support for these and many other worthy cultural projects which he developed.

At the height of Banyan’s success, I mused on the role of the main contributors and recognised that while each of us (Tony, Christopher Laird and I) had unique skills and talents, you couldn’t compare our individual accomplishments to the energy and creativity that emerged when we worked together as Banyan. I said it was like the Beatles. Tony laughed.

Michael Tony Hall was a Trinidadian actor, playwright, director and presenter. Among his many achievements, in 2002, Hall, Bruce Paddington and Christopher Laird, as Banyan, received the Vanguard Award from the National Drama Association for innovative ground-breaking television. Tony Hall, who was 71, died of a heart attack 27 April, 2020. 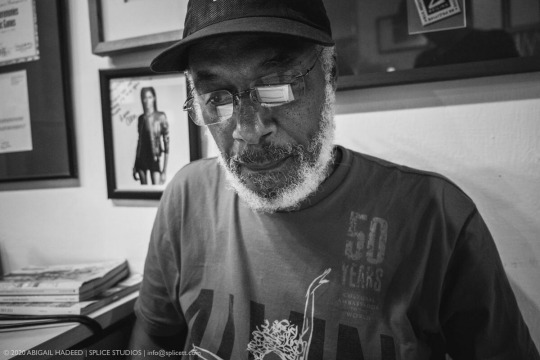