The Story of Lover’s Rock screens at We Beat festival

Fans of old-school reggae are in for a treat when the trinidad+tobago film festival (ttff) hosts a free screening of the music documentary The Story of Lover’s Rock at the St James Amphitheatre on Sunday 16 June from 7pm.

The film is being shown as part of T&T Film Nights, which is sponsored by the Trinidad and Tobago Film Company, and as part of the annual We Beat music and arts festival, which takes place from June 7-16. This is the third year running the ttff is hosting a film screening at We Beat.

Directed by Menelik Shabazz, a Black-British filmmaker originally from Barbados, The Story of Lover’s Rock is a joyous celebration of a unique genre of music. Often dubbed “romantic reggae”, lover’s rock is a sound that developed in the United Kingdom in the late 1970s and early 80s. Against a backdrop of riots and racial tension, it allowed young Caribbean people to experience intimacy and healing at parties and clubs.

Lover’s rock paved the way for artists like Maxi Priest and UB40, and influenced Jamaican reggae musicians such as Gregory Isaacs and Freddie McGregor.

Seamlessly blending interviews and dramatic recreations with concert footage, The Story of Lover’s Rock won the jury prize for best documentary feature at the ttff in 2012, and was also a selection of the European Film Festival last year. According to the synopsis of the film from the ttff, it will make you want to “turn down the lights, turn up the volume, hold on to your partner and start grooving.”

The screening, which takes place in association with the St James Community Improvement Committee, is free of charge, for all ages and open to the public. Doors open at 6pm and there will be refreshments on sale.

Image: a shot from The Story of Lover’s Rock 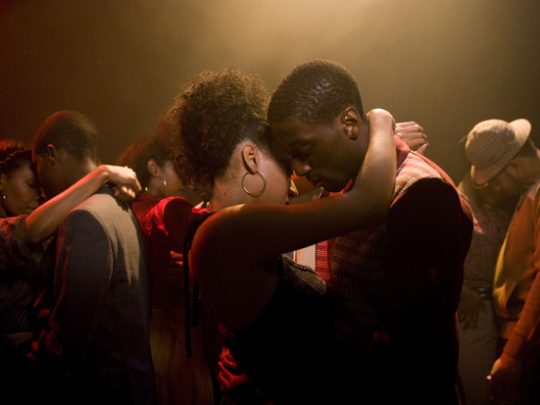