Due to its overwhelming popularity, the Siege, Junior-Andrew Lett’s documentary about the 1990 aborted coup will be given a third screening at the film festival. The screening takes place at MovieTowne this Sunday, 28 September at 8.00pm, and will precede the Venezuelan feature film, Francisco de Miranda. 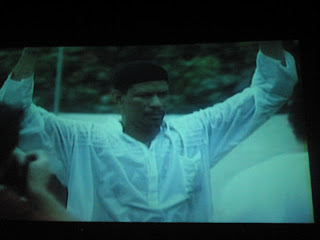 Screenshot from the Siege.