the people have spoken!

PORT OF SPAIN, TRINIDAD, 29 September 2021 – Congratulations are in order for Trinidadian filmmaker Ayana Harper, who has won the 2021 trinidad+tobago film festival (ttff/21) People’s Choice Award. The results for the award were announced after voting and the last day of festival screenings on 28 September 2021.

Harper’s film The Interview, which depicts the challenges of a budding filmmaker struggling to find the right interviewee for a project, received the highest number of votes by ttff/21 audiences out of twenty-five screenings directed by Trinidad and Tobago (T&T) filmmakers.

The first runner-up for this year’s award was The Forgotten Boys – a documentary by director Alexandra Warner. The second runner-up was the student film, Going Knowhere, by Darielle Allard – both Trinidad and Tobago filmmakers. 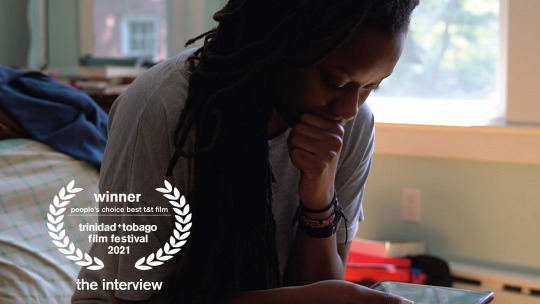