Seasoned narrative filmmakers know the tremendous amount of value a talented production designer adds to the team. These creatives may not be as well known as directors, producers and writers but the role a production designer fills is essential to a well-produced film. But what exactly does a production designer do? And could it possibly be another career option for artists? In this two-hour workshop, production designer Alexis Johnston-Benamou will break down exactly what it takes to fill this leading role. She will touch on topics such as dissecting a script; collaborating with the director to understand their vision and inspiration; creating a visual language environment and gathering inspiration (a mood board); constructing a team; interdepartmental cohesion and creating a complete environment; and working within specific expectations.

Alexis Johnston-Benamou is a multidisciplinary artist originally from Montreal, Canada. After obtaining a Bachelor of Fine Arts from Concordia University in Studio Arts, and a Masters from the University of Paris 8, she decided to look into working in film. She started off in the SPFX makeup department on “Warm Bodies” and continued doing makeup on Hollywood feature films such as “White House Down” and “Xmen: Days of Future Past”. Alexis has also worked in the sculpture and mould-making department on large productions, including Roland Emmerich’s “Midway”, “White House Down”, “Xmen: Dark Phoenix”, “Xmen: Days of Future Past” and “Home Alone” (2020). Since 2015, she has been dedicating her time to working as an art director, production designer and costumier on commercials, films, music videos and television shows. 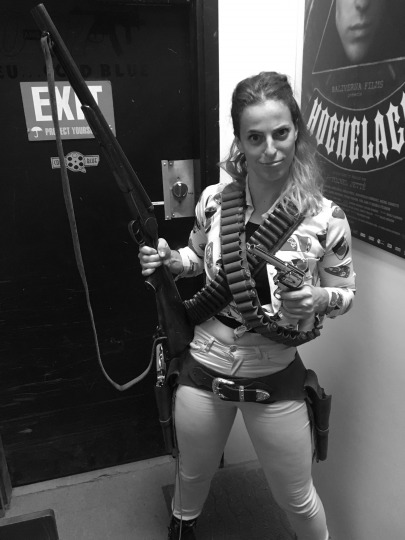