Fifteen feature-film projects from ten countries will participate in the inaugural Caribbean Film Mart (CFM), taking place at the 2015 trinidad+tobago film festival (ttff) in September, it was announced today.

The CFM will give the 15 selected filmmakers with Caribbean films in development and pre-production the opportunity to meet with 30 international film producers, sales agents and film funds, with the aim of creating professional relationships and partnerships that will enable the production and distribution of the participating projects.

Over 100 projects were submitted to the CFM, from which the participating 15 were chosen. Eleven are fiction projects, while four are documentaries.

“We are pleased that a number of the projects are from ttff alumni, some of whom have gone through our RBC Focus: Filmmakers’ Immersion, and others the EAVE Producers’ training initiative which took place at ttff/14,” said Emilie Upczak, ttff Creative Director.

The selected projects were adjudicated by the ttff, the Global Foundation of Democracy and Development from the Dominican Republic, the Association for the Development of Art Cinema and Practice from Guadeloupe, the Foundation of New Latin American Cinema in Cuba, and the Regional and International Festival of Cinema of Guadeloupe.

The CFM will be held from 24-27 September at the Hyatt Regency Hotel in Port of Spain, Trinidad. The ttff/15 takes place from 15-29 September.

The 15 selected CFM projects are: 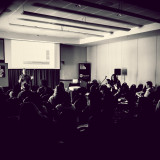