Film in Focus: My Father’s Land

The documentary My Father’s Land, directed by Miquel Galofré and Tyler Johnston, had its world premiere yesterday at the ttff/15. Our blogger, Aurora Herrera, attended the screening.

My Father’s Land tells the story of Papa Jah, a Haitian gardener, who has spent the last forty years in the Bahamas, living in a marginalised community named the Mud. When news arrives that his 103-year-old father has taken ill back in Haiti, Papa Jah fears he may not see him before he passes. Papa Jah travels back to Haiti, to his family’s small village on the island La Tortue, to reunite with his father, hopefully before it is too late.

Miquel Galofré is from Barcelona, Spain, and lives in Trinidad. His previous, award-winning documentaries are Why Do Jamaicans Run So Fast? (ttff/09), Hit Me with Music (ttff/11), Songs of Redemption (co-directed by Amanda Sans, ttff/13), and Art Connect (ttff/14). Tyler Johnston is a Bahamian-American filmmaker and artist living in Trinidad and Tobago. He is the director of the short documentary Five Bones (ttff/12).

Galofré is an organic filmmaker. He has this way of just letting the camera rest on the subject and guided by his energy, his personal magic, they lose their masks, open up and in turn show their true selves. I saw this signature method of working in My Father’s Land.

Johnston, who grew up partly in Abaco in the Bahamas, an intersecting community of Haitians and Bahamians, told the audience that Papa Jah is a long time friend of his.

“I’ve always enjoyed his company,” he said. “He is such a unique character and I’ve always wanted to do a piece on him. Growing up partly in Abaco, my family, like many, had Haitian workers that would help with our small business. The playmates I had were Haitian.”

Galofré recalled how Johnston called him up and told him that he wanted to do a short film on Papa Jah.

My Father’s Land was filmed over 20 days with a lot of travelling in-between. Galofré and Johnston set out on an adventure with its fair share of challenges.

“There were so many times in the film when we said it’s not going to happen,” Johnston said.

“It was very dangerous but we had to do it and we made it,” Galofré added.

At one point, the team is filming on motorcycles while whizzing through the Haitian countryside.

“I literally thought I was going to die, it’s not a joke,” Galofré said. “But I said, let’s film it.”

The audience also congratulated Galofré and Johnston for humanising the issue of migration, in particular the plight of Haitians and Haitian-Bahamians in the Bahamas.

“Our world is seeing the worst humanitarian migration crisis [ever] and one of the biggest challenges is getting those in government to empathise,” one audience member said. She congratulated the filmmakers on having successfully humanised this migration experience.

When asked if what they were planning to do with the film given its political subject matter, Johnston responded that the pair did not intend to promote the film in that way.

“We actually tried not to make it a political film,” he said. “We tried to make it a character piece. Yes it does portray issues of immigration but there is also Papa Jah’s personal story. I want the film to be balanced and not pro or against anything. I want to let the audience make up their minds about it.”

After the film was made, Papa Jah went back to the Bahamas to live and work. He now has his legal status; the co-directors helped to get his his paperwork done.

You can see My Father’s Land on the following dates: 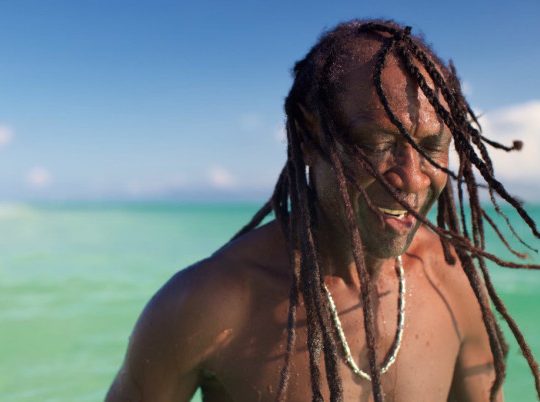