Erika Bagnarello is a filmmaker from Costa Rica. She made her first feature film, the ttff/15 selection January 1st in the Dominican Republic.

Tell us what your film is about in 140 characters or less.
It’s about a boy who will stop at nothing to bring his family back together.

Why should audiences see your film?
I think that adults and teenagers in general who enjoy a coming-of-age, family drama would like this film. Also, parents and children who are going through, or have been through a divorce, would also appreciate it, as it can be a way to open up a conversation about the issue.

What was the most challenging thing about making your film?
Like most filmmakers, we always want more time; time to prepare, to shoot and to edit. So I think it was probably the lack of time. It was hard adapting the film from Costa Rica to the Dominican Republic in relatively short notice.

What did making this film teach you?
That the process of making a film is what matters the most. The learning curve is so big on a first feature and it can be overwhelming. But in the end, what you learned for the next one is what matters.

Complete the sentence: “If I weren’t a filmmaker…”
I would be a documentary photographer, so still doing something related to telling stories and images, or a painter. If I wasn’t in the arts, I would probably a human rights lawyer.

What films or filmmakers inspired you?
Too many, and for different films, but I can say for sure Robert Redford, Clint Eastwood, Woody Allen, Alfonso Cuarón, Ang Lee, Stanley Kubrick, Danny Boyle and Sofia Coppola.

If you could only watch one film ever again, what would it be?
It’s a Wonderful Life.

What’s next?
I recently moved to Los Angeles so I’m developing a few narrative projects there. One is a feature and the others are in a shorter format. Also, I will start post-production in October for a documentary that I shot in Costa Rica earlier this year.

Image: A still from January 1st 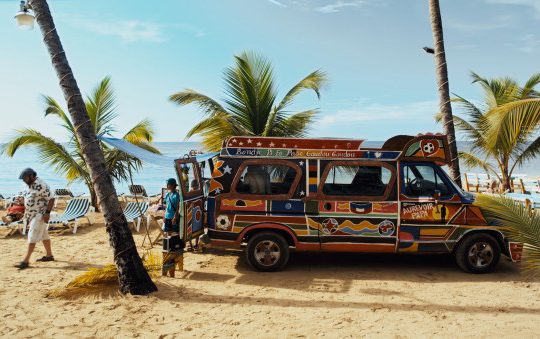