Maya Angelou: And Still I Rise is your story too

by Aurora Herrera, ttff blogger
Maya Angelou: And Still I Rise is my my Shonali Bose moment.
Since last year’s festival, I’ve had a new saying when I am very moved by something. I call it my Shonali Bose moment. For those of you who attended the ‘Margarita With A Straw’ screening at ttff/15 and heard the director, Shonali Bose, share her story, you will understand what I mean. The way she told the story is magical. I felt that if I hadn’t seen that film, my life would have been less in some way and I am deeply thankful that I shared in that luminous experience.

I feel the same way about this work on Dr. Angelou’s life.
Directors Bob Hercules and Rita Coburn Whack have crafted a beautiful story.
Hercules is an Independent Filmmaker whose recent films Include ‘Joffrey: Mavericks Of American Dance’ And ‘Bill T. Jones: A Good Man’. Hercules’ acclaimed ‘Forgiving Dr. Mengele’ (2005) won The Special Jury Prize at the Slamdance Film Festival and has been seen in film festivals around the world. Coburn Whack is also an Independent Filmmaker with Emmy-Award winning documentaries for curators of culture, Remembering 47th Street and African Roots American Soil. Under her direction Maya Angelou’s Radio Show for Oprah Radio won various awards.

As part of Dr. Angelou’s inner circle, Coburn Whack was able to show her intimate knowledge of the subject’s life with a respect and gentility that was endearing. Through the use of archival photographs and footage, the life of an exceptional woman is revealed. From her childhood in Stamps, Arkansas to her moves for work, love and identity to California, New York and Ghana, Hercules and Coburn Whack have traced a journey of inspiration.

“How do you go from being raped, being a prostitute, a madam, to this person?” Coburn Whack asked. “She read her poem ‘A Brave and Startling Truth’ at the 50th anniversary of the United Nations when she had stood outside its doors at 16 and pregnant, President Clinton asked her to read a poem at his inauguration. There were not a lot of people who could have had a relationship with both Malcolm X and Martin Luther King but she was able to work with both of them. I couldn’t tell all the stories but I didn’t want to clean it up and not tell all of those parts. I had to find the story she told with the most dignity.”

Here is a taste of the Q & A with Rita Coburn Whack:

Q: What choices did you make around chronology? How much of it was in consultation with her life with her family?

A: Early on we purchased her story rights so she did not have a say after she said she was ready to do [the documentary] but unfortunately she passed in 2014 before we were finished with the film and she never got to see any of it.

Prior to this documentary my work had been in television and radio for the past 30 years. In 2006 I was working for Oprah radio and Maya Angelou was one of my hosts. Oprah Winfrey’s generosity was “she is older, go to her house and take your equipment so she doesn’t have to come out and tape radio shows. Maya’s generosity was “you will stay with me, you don’t have to get a hotel,” so for three to four days a month, I would be at her home in Winston Salem or at Harlem or on the bus with her going to events and taking programs.

I asked her if she would do a documentary and she said, “I don’t need another thing”. I understood what she meant; she had done 36 books, seven autobiographical memoirs and she was near the end of her life. She asked “Do you know what you’re asking me?”

She would have to go back through all of that but [because of our history] we had a bond by then and she said, “If you’re gonna do it, do it all the way.”

Q: What inspired you to make this movie?

A: A lot of what I’m doing is because there are young people in the room and you need to know how things happen. A lot of times you’re being prepared for things all your life, you just don’t know it. So I was a little girl in a small town that was four blocks by nine, and if you wanted to go to the village library, the jail was on one side and library was on the other so you had to be a little toughie. There were probably two town drunks at any one time. I loved to read but I didn’t see any books by a black woman and then one day I see this book and on the back cover, there is a black woman with an afro. I got the book and I ran all the way home and I sat down and I began to read it. That was “I Know Why the Caged Bird Sings 1969. I was 11. I read it and it talked about abuse. People didn’t talk about abuse back then and the book was banned in many places because of that.

So when I had that opportunity to work with her [I took it]. History had not been written from a black woman’s perspective but [I thought] I’m hearing history. I’m hearing the 1928 Jim Crowe South with the black and white signs. I’m hearing Saint Louis rough and tumble great migration and then you’re in a gold rush town of San Francisco and going with the state deportment abroad.

I look for the stories that are not told and for ways to tell them so people will know that all of us are more than what we think. Her story checked all the boxes for me.

Q: What sort of reception had the film had?

A: The film has won awards in Cape Town and Ireland. It is going all over the world. It’s been in 40 festivals. Some people have never heard of her before. Some have but they don’t know as much as they think they know. I came here at the same time I was asked to go to Nova Scotia. I thought it was important to reach as many varied crowds as possible; this is your story too. 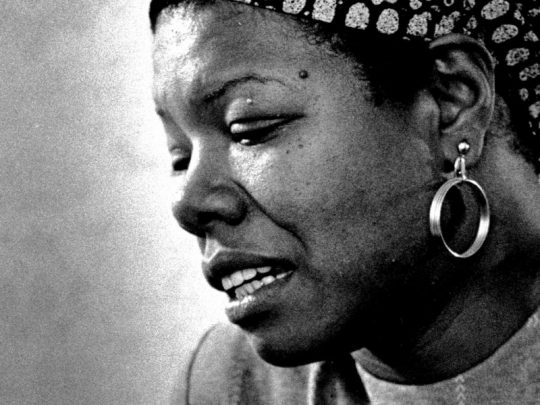