Emilie Upczak, ttff’s Creative Director, shared her thoughts on the moment saying, “Today we are birthing the Caribbean Film Industry.”

She acknowledged the ACP Cultures+ Programme, which co-financed the project. The project is also
funded by the European Union (European Development Fund) and implemented by the ACP Group of States.

The Film Mart creates a space for international film industry professionals to meet one-on-one with representatives from fifteen Caribbean film projects in development, as well as to participate in a number of group events and activities, all with the aim of getting the films financed, made and distributed. The thirty industry professionals are drawn from across Europe, Latin America and the USA.

“We had over 100 [applications] and we were really surprised,” Upczak said. “We selected what we think [are] the best of Caribbean voices right now and I feel assured that in the next three to five years that every single project that is in this Film Mart will be made.”

“I would also like to acknowledge the 30 industry professionals who have had the courage and insight to get involved in a new movement,” she added. “We really appreciate you taking this risk and coming down here and we really hope that we are doing you proud.”

The ttff also unveiled the Caribbean Film Database, a website of feature-length independent Caribbean fiction, documentary and experimental feature films from 2000 to the present. The Database—which launched with 537 films—also includes a selected number of Caribbean classics, contain a bibliography of film resources, a Caribbean Women in Film page and links to other film festivals, film commissions and schools in the region. It is also in three languages: English, Spanish and French.

The Caribbean Film Mart and Caribbean Film Database are being implemented in association with the Fundación Global Democracia y Dessarollo from the Dominican Republic, the Association for the Development of Art Cinema and Practice in Guadeloupe, the Foundation of New Latin American Cinema from Cuba, and the Festival Régional et International du Cinéma de Guadeloupe.

Patricia Monpierre of the Association for the Development of Art Cinema and Practice in Guadeloupe said that she was very happy to see the launch of the project.

“I am very happy tonight because all the team of the ttff are working on this with us. We want to continue to enrich the Database year after year. It’s our Database and we want to contribute to it.”

She also accentuated the unifying aspect of the database.

Luis Notario of ICAIC from Cuba echoed her sentiments.

“I feel in this moment like we are giving birth to something very important. I feel very strongly about the project, the fruit of much collaboration,” he said.

Notario also highlighted the importance of the CFM.

“These filmmakers get the support from the Film Mart and are also learning, getting insightful comments that will help them for future films,” he said. “I think that we have a challenge which is also an opportunity and it is also a commitment which is to continue this work, [to see] how we can make [the CFM] sustainable.”

Upczak also extended heartfelt thanks and acknowledgement to FLOW, the presenting sponsor of the ttff.

“They started with us when we were only two years old and they have really given us the space to grow and the money to do that and we couldn’t have done it without them.”

She ended by saying, “I would also like to acknowledge the ttff organising committee. We really are a collaborative team and it would be impossible to do what we do without each one of us.” 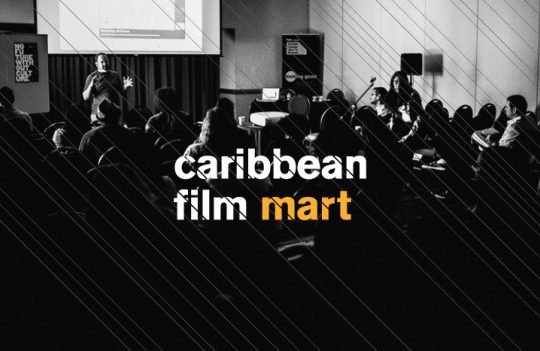