Programmed as a separate category for the first time in 2020, Student films are narrative and documentary films made by student filmmakers (whether secondary or tertiary) from the Caribbean and the diaspora. The films competing for the Best Student Film award are:

In the bowels of the Recife mangrove is Ilha de Deus (God’s Island). There, José Joaquim Francisco Filho, known as “Mosquito”, the oldest sururu (mussel) fisherman of the region, battles on. In the Capibaribe river, one of the most polluted in Brazil, Mosquito fights for the survival and future of his grandchildren.

A series of characters experience the joy of performance, demonstrating that it is better to live than to dream.

Casseus is a young Haitian man who decides to enroll in a ballet academy in order to accomplish his dream of being a dancer, but his job as a bodega delivery guy in the Dominican Republic gets in the way of his goal.

Set in Trinidad during the lockdown imposed by the government to prevent the spread of Covid-19, “Waiting In Strange Times” explores space and time during a period of boredom, uncertainty, confusion and fear.

A young boy dreams of being a cricketer but, like almost everyone else, ends up having an ordinary job. Nevertheless, his passion never dies and he lives his dream every day for the rest of his life. 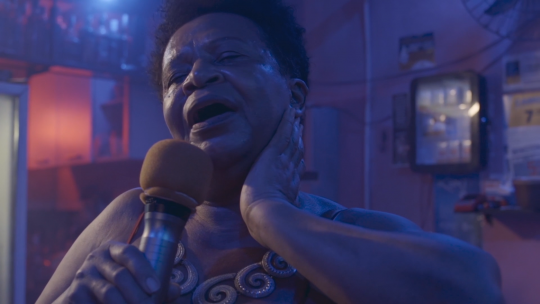