Shot through the eyes of Felipe, a tortured film director trying in vain to create the authentic portrayal of love that his grandfather so easily captured in his amateur films of decades prior, his lens follows Edel and May, actors playing the characters Alejandro and Rita, strangers with different motives looking for the same girl. Their search meanders through a chaotic Havana that gets them simultaneously nowhere and entangled. Likewise, Felipe’s film meanders from scene to scene lacking a coherent thread and conclusion and leaving him unsatisfied. He is incapable of capturing the compassion in his takes that his grandfather did until he realizes that – unlike himself – his grandfather had the capacity for love. With his new-found awareness, he sets his characters free from their hopeless search.

Candido and Braulio are twin brothers growing up near the border between Haiti and the Dominican Republic. While Candido stays home secluded due to his albinism, Braulio helps his grandfather sell coal in the market. Their life takes a turn for the worst after the unexpected death of their grandfather. Now Braulio will need to look after his brother while attempting to make ends meet in the border town market. All the while, Candido dreams of the eventual return of their absent father.

Over 25 years on from Brian Lara’s world-record-breaking innings for Warwickshire at Edgbaston in the UK, brand-new documentary “501 Not Out” tells the story of cricket’s first global superstar.

Exploring Lara’s remarkable ascent in 1994, the film celebrates his development in Trinidad and features interviews with iconic names from the world of cricket. These include his former international and county teammates from the historic treble-winning season, his friends and coaches in the Caribbean, fans who witnessed the marathon knock first hand and those inspired by his heroics. Notable contributions come from Sir Curtly Ambrose, Allan Donald, Dermot Reeve, Gladstone Small, Dennis Amiss, Jonathan Agnew, Ian Bell, Deryck Murray, Bryan Davis and Trini Posse Group co-founders Nikki Borde and Nigel Camacho.

Featuring rarely seen archive footage and stills, the film also examines the wider impact of Lara’s arrival and success at Warwickshire, coming so soon after his test record 375. “501 Not Out” brings an amazing story to life on the big screen for the very first time.

Two childhood friends entering their forties, facing the challenges of emigration, try to rebuild their lives far away from Cuba. An intimate and revealing auto-ethnographic documentary about uprootedness, motherhood, love of film, and freedom. Told through the audiovisual correspondence between two filmmakers and Cuban emigrants, it is a story of friendship and exile.

A feature-length documentary about contemporary slave labour focusing on the Brazilian Amazon, “Servidão” follows the work of the Special Mobile Inspection Group of the Ministry of Labour. Through the testimony of modern abolitionists and rural workers it explores the links between contemporary slavery and a cruel slave-holding mentality that has existed in Brazil for five centuries. With narration by Negra Li, it is an important record of one of Brazil’s greatest ills.

In 1937, tens of thousands of Haitians and Dominicans of Haitian descent were exterminated by the Dominican army, on the basis of anti-black racism. Fast-forward to 2013 and the Dominican Republic’s Supreme Court strips the citizenship of anyone with Haitian parents, retroactive to 1929, rendering more than 200,000 people stateless. Director Michèle Stephenson’s new documentary follows the grassroots campaign of a young attorney named Rosa Iris, as she challenges electoral corruption and fights to protect the right to citizenship for all people. 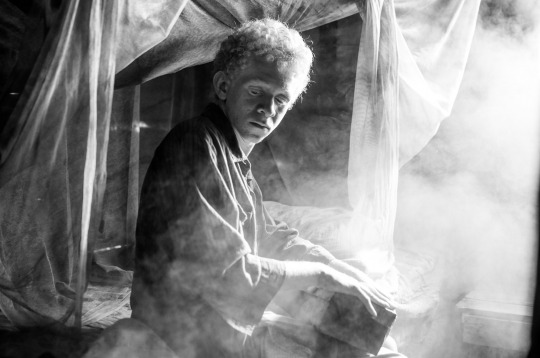