T&T Film Nights moves to Beetham Gardens on Saturday, July 7, with the screening of local puppetry comedy I’m Santana, the Movie at the Excel Composite School.

The character Santana has become a household name over the past two years through several short videos that went viral over social networks YouTube and Facebook. Now, director Roger Alexis has brought the self-proclaimed “bad man”, his friends and bitter rivals to the big screen, with a feature-length movie based on the characters popularised in the video shorts. In the movie, Santana’s tender heart is exposed as he tries to win back his love, Janice, who’s left him for the raunchy Pastor Stewart. It’s a drama with plenty of intrigue, back-biting, two-timing action and lots of laughs.

Santana will be screened with Ryan Khan’s Minutes to Midnite, a spooky crime drama involving gangsters, guns, a mysterious woman and some of our local folklore characters.

T&T Film Nights is an initiative of the trinidad+tobago film festival (ttff) and Trinidad & Tobago Film Company (TTFC), and this evening of screenings is being held in collaboration with Excel Composite School.

The movie action begins at 6 pm and there will also be a talk and a question-and-answer session with one of the producers of I’m Santana, the Movie. Admission is free; food and drinks will be on sale. 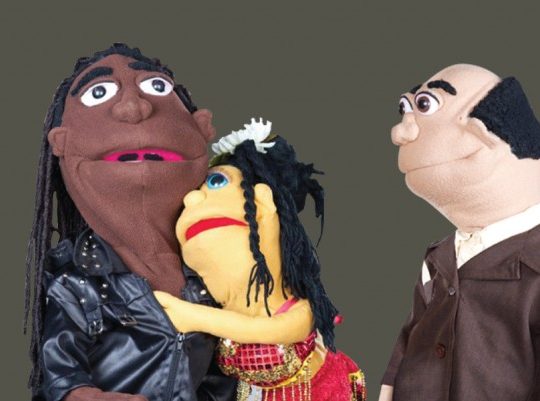