There’s nothing quite like watching a wonderful movie under the stars, and that’s just what the trinidad+tobago film festival (ttff) is bringing to audiences across the country in its third annual Community Cinergy series, starting Friday 21 March.

Sponsored by bpTT, Community Cinergy consists of four free open-air screenings of great movies, all past ttff selections, from T&T and around the world, plus one special screening for the lads of the Youth Training Centre.

The full Community Cinergy lineup is as follows. Doors open at 6pm for screenings starting at 7pm.

The Wind That Blows
Director: Tom Weston
2013/St Vincent and the Grenadines, USA/Documentary/60mins/All ages
This is a revealing portrait of a group of men from the island of Bequia, who engage in a dangerous and controversial activity: the hunting of humpback whales.

Alamar (To the Sea)
Director: Pedro Gonzalez-Rubio
2009/Mexico/Drama/73mins/All ages
Poetically told and breathtakingly shot, this film tenderly observes the relationship between an Amerindian fisherman and his young son.

Papilio Buddha
Director: Jayan Cherian
2013/India/Drama/108mins/16+
Set against the lush backdrop of Kerala in south India, this is a provocative film about the Dalits, a group of landless, indigenous people fighting against caste oppression.

The Suspect
Director: Leroy Smart
2010/TT/Drama/7mins/All ages
A bus passenger suspects that a crime is about to happen.

Lucky
Director: Avie Luthra
2010/South Africa/Drama/100mins/PG
After his mother dies, young Lucky, who is black, travels from the countryside to the city, where he forms an unlikely relationship with an elderly Indian widow.

Chance
Director: Evan Kaufman
2012/USA, US Virgin Islands
Drama/86mins/16+
A powerful story about the lengths a young man would go for his loved ones.

Drink
Director: Juliette McCawley
2013/TT, UK/Drama/9mins/PG
An illegal immigrant in London is forced into an act of quiet desperation.

Twa timoun (Three Kids)
Director: Jonas D’Adesky
2012/Haiti, Belgium/Drama/81mins/PG
Inspired by true events, this is a moving portrait of three orphaned boys’ attempts at survival in the aftermath of the 2010 Haitian earthquake.

Image: A shot from Alamar 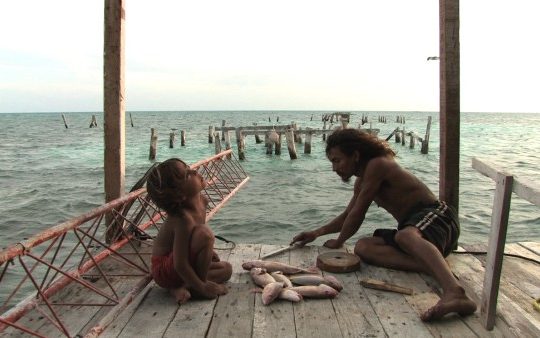