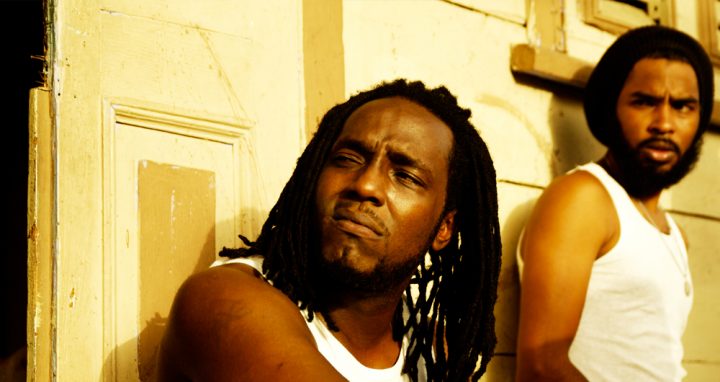 For the 6th consecutive year, we’re pleased to partner with the St. James Community Improvement Committee to bring WeFilm Night – a night of free outdoor cinema – to the WeBeat festival. God Loves the Fighter, the award winning gritty, urban drama will be shown on Tuesday 06 June 2017, at 7pm, at the St James Amphitheatre. The screening is sponsored by Flow, tfff’s presenting sponsor.

Hailed for its “non-conformist and thrilling voice”  by the UK’s Candid magazine and for its “Slick cinematography” by the film magazine, Variety, God Loves the Fighter, played to sold out audiences  at the ttff 2013, where it won the People’s Choice Award and the Best Local Feature Award. It also won the 2014 Yellow Robin Award at the Curaçao International Film Festival Rotterdam among others.

The film  tells the story of Charlie (Muwakil), a young man seeking to make ends meet on the streets of Port of Spain. Reluctantly, he takes a job from a gang leader as assistant to a drug courier. As he becomes entangled in a web of deceit, the ripple effects are felt across the city, complicating his attempts at redemption.

Shot during the 2011 State of Emergency,  in an urgent and unflinching style, God Loves the Fighter was Marcano’s debut feature film. The film was written by Marcano and Executive Producer, Alexa Bailey. Marcano’s first short feature film, The Little Boy and The Ball showed at ttff/11; while two of his other short dramas, Heart of a Monster and Giants played at ttff/15 and ttff/16 respectively. His most recent project is the web series CHEE$E.

Speaking about his influences for God Loves the Fighter , Marcano notes “ I always saw the beauty of my community. I left, I went to the US, and when I began to start travelling back here on my own again, as an adult, I started venturing into the community and just meeting people. One of the problems that I see is that in our community of the hills, if you will, or just east Port-of-Spain, there’s so many territories a young man can’t go, and I didn’t grow up that way. So it was very important for me as a young man from there to team up with other young people from the same community. So this film was a joint effort of the “less desirable” places we read about in the papers. To a lot of us from there, and a lot of us currently living there, it’s a beautiful place… This film was a positive effort put forth by a lot of young people in these communities. Yes we’re taking a very unflinching look, but it’s so real, so true, and we tried to add some beautiful poetry and beautiful imagery to the story.”

God loves the Fighter is rated 18+. Admission is free and refreshments will be on sale. 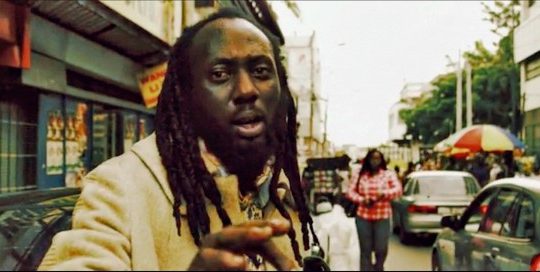