“Without John Williams, bikes don’t really fly, nor do brooms in Quidditch matches, nor do men in red capes… There is no Force, dinosaurs do not walk the Earth, we do not wonder, we do not weep, we do not believe.”

Music is one of those intangible things that can transform how audiences interpret and experience a film. In this way, film score composers are like conductors, directing the way that audiences feel and extracting emotion. Join us for our next ttff talk, when we’ll be sitting down for an intimate and wide-ranging discussion on creativity, inspiration, and finding the right note, with composer Dominique Le Gendre.

Dominique Le Gendre composed and produced music for all 38 Shakespeare plays for the audio collection, The Complete Arkangel Shakespeare. Her musical trajectory spans performance, musical direction, teaching, curation, producing music events and compositions for theatre, dance, art installations, film, television and radio drama for BBC Radio. She is a former Associate Artist of the Royal Opera House, her chamber music and operas have been commissioned and performed by numerous ensembles including the Royal Opera House Soloists, Philharmonia Orchestra, Manning Camerata, Tête-a-tête Opera, Ibis Ensemble, Metamorphosis Dance and Natalia Dopwell. Her musical-theatre work, Jab Molassie with libretto by Bassist Caitlyn Kamminga was produced by Calabash Foundation for the Arts, premiering at the Little Carib Theatre. ​Dominique trained as a classical guitarist in Paris with Ramon de Herrera while composing music for experimental films and assisting Haitian filmmaker Elsie Haas on her documentary La Ronde des Vaudou. She is the artistic director of the UK arts charity StrongBack Productions. 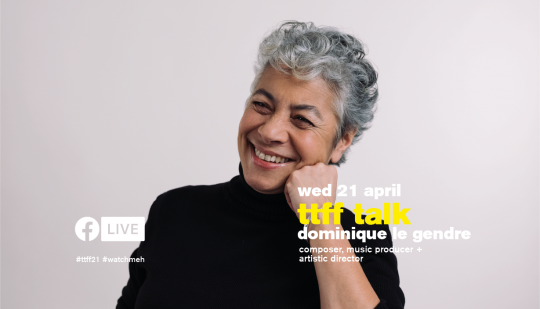