At the second Film-makers panel held on Friday at the Normandie, both audience members and panellists stressed the need for collaborations to be set up across the islands and to a larger extent the global south – Africa, South America, the Middle East, all of which have thriving industries.

Trinidad-born, Venezuela based film maker Michael New, knocked the ‘Hollywood fantasy’ that informs any discussion on film in the region. He suggested that more money should be put into documentaries rather than feature films.
Responding to questions from the audience on the dilemma of the local film-maker choosing a subject that has wider appeal as well as the best length for a documentary, British producer Adam Low said the most important thing is to have high production values, regardless of the subject.

He also suggested having two cuts of a film, one for the local audience and the other for an international. Citing his own experiences with having to cut run times for his own documentaries to fit into television programming schedules.
He also agreed with the idea that documentaries were becoming a more popular way of visual storytelling.

“As television abdicates its responsibility, festivals dedicated to documentaries have cropped up around the world.”

But Low also thought that while the new technology was making film making more accessible, it had undermined the system of apprenticeship in film. “So everybody wants to be a director, but doesn’t really know what that involves”.
There was also heated discussion on the use of sound in documentaries.

Sam Watson a musician and sound expert felt that it was important for directors to really know what they wanted to get out of the soundtrack and also to give local musicians a chance to create original scores instead of incurring high costs for rights to use previously recorded music.

Underlining the whole discussion was the idea that Caribbean film makers needed to create their own visual notions of region and innovate ways to get around the challenges and limitations. 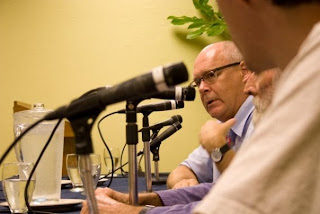 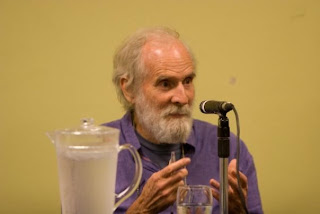 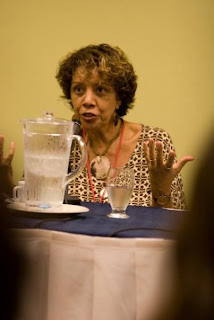