Five young people got the chance of lifetime when they sat on the bpTT youth jury at the 2015 trinidad + tobago film festival (ttff/15), which ran from September 15–29.

The initiative was conceived in 2014, as a way of stimulating interest in and a critical appreciation for independent film among Trinidad and Tobago’s youth.

Saskia Johnson, Claude Lilford, Auset McClean, Sarah Mongroo and Teneka Mohammed were the five jurors selected for this year’s jury. They were chosen by an open call. To be considered for the jury, applicants had to be from 16 to 21 years of age. Each had to submit an essay saying what their favourite film is, and why.

Under the guidance of film critic and journalist BC Pires, the jury watched eight feature-length fiction films featuring young protagonists.

The films in competition were:

Girlhood—the story of Mariemme, a black girl living in the suburbs of Paris who leaves her abusive home life and joins a gang—was the jury’s choice for best film. As the director of the winning film, Céline Sciamma will receive a cash award of $5000 from bpTT.

The jury also gave an honourable mention to Güeros, and a special mention to The Greatest House in the World for its cinematography.

After the ttff/15 awards ceremony on September 27, the members of the jury opened up about their experience.

“I’ve been a film enthusiast for about three years,” 19-year-old Claude Lilford said. “It’s been a unique chance, not something I would get the chance to do anywhere else—maybe a few other places in the world—but this is a unique experience and something I really wanted to be a part of.”

Lilford’s colleague, 20-year-old Teneka Mohammed, who is a Film Studies major at the University of the West Indies, commented on the scope of the experience.

“I watch film[s] in school but [this] was a bigger experience and I loved it! I want to be a film critic so of course I’m so happy this is going on my résumé.”

BC Pires—who has been writing about films since 1988 and who also sat on the first jury at the ttff—commended the jury members on their diplomacy.

“There are not enough superlatives to describe what a pleasure it is to be working with these young people,” he said. “They rose to their task amazingly well. If our Parliament could see how they spoke to one another. They were passionate and went to their task of listening to one another with, I think, a real honesty, humility and respect for the other person’s point of view. I think they might all consider a career in dispute resolution.”

Pires also gave a little insight into how he sought to guide the jury.

“They have no idea how much I really wanted to be a part of [the youth jury],” 18-year-old Sarah Mungroo said. “ I think I am in that limbo period between being an adult and a child and the youth jury really helped me figure out what I want to do with my life. After we finished deliberating I was thinking that I could do this for the rest of my life. I was so happy. Thank you bpTT and ttff for the opportunity!” 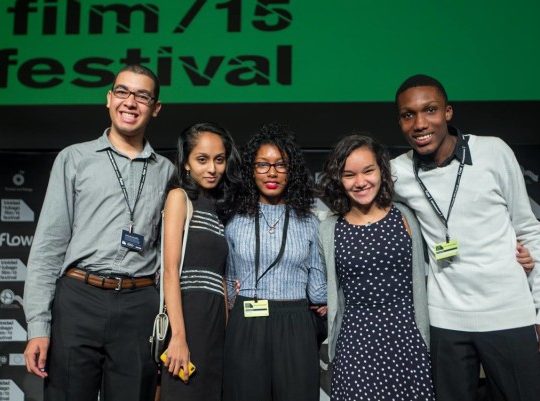