As a tribute to the celebrated Jamaican intellectual and cultural theorist Stuart Hall—who has died at the age of 82—the trinidad+tobago film festival (ttff) is hosting a screening of The Stuart Hall Project, this coming Tuesday 18 February at the Festival’s offices at 199 Belmont Circular Road, Belmont.

Hall, who was born and raised in Jamaica, went to the United Kingdom in 1951 to study at Oxford University. He settled in Britain, where he helped evolve the concept of multiculturalism, and became a key architect of the academic discipline known as cultural studies.

A major figure of the New Left movement, Hall was a founding editor of the seminal New Left Review. His theories on the concepts of identity and hybridity, class and colonialism, politics, gender, culture and art have influenced the thinking of many people over the decades; for a time he was arguably the greatest public intellectual in Britain.

Directed by acclaimed documentary filmmaker John Akomfrah, The Stuart Hall Project is a portrait composed entirely of photographic and film footage from Hall’s archive, from his childhood in Jamaica to his time as a TV and radio presenter with the BBC and beyond.

The film—which is 100 minutes long—is complemented by a sublime score comprised of the music of Miles Davis who, as Hall once put it, “put his finger on my soul” when Hall was a young man.

As a number of critics have noted, the film serves not only as an illuminating biography of Hall, but also as a potent alternative history of the world in the latter half of the 20th century.

The Stuart Hall Project had its premiere in 2013 at the Sundance Film Festival. It went on to screen at many film festivals, including the ttff/13, where it had its Caribbean premiere, to great acclaim. The film was also released in cinemas in the UK.

The screening of The Stuart Hall Project begins at 7.30pm, and doors open at 6.45pm. Space is limited, so please arrive early to ensure seating. Refreshments will be available.

UPDATE: There will be parking available at Belmont Secondary School for tomorrow night’s screening, from 6.45pm. Parking space is limited, so please arrive early to ensure a spot. Carpooling recommended! 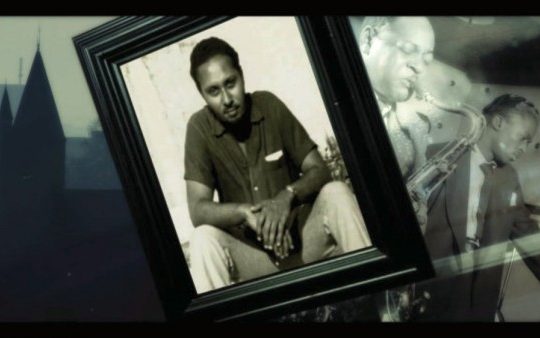