In light of the on-going debate on homosexuality and gay rights, the trinidad+tobago film festival (ttff) is pleased to host a free screening of the gay-themed drama Children of God, at its offices, 199 Belmont Circular Road, Belmont, this coming Wednesday, 12 March.

Written and directed by Kareem Mortimer of the Bahamas, Children of God tells two overlapping stories. One concerns Jonny, a young, openly gay art student from Nassau who is alienated from his alcoholic father, and the recurring target of abuse by a gang.

Failing at school, Jonny goes to stay on the nearby island of Eleuthera in order to reconnect with his artistic gift. Here he meets and falls for Romeo, a brash, handsome musician who is also attracted to men, but living in the closet.

Lena, meanwhile, the wife of a fundamentalist preacher, travels to Eleuthera with her son to drum up support for a campaign to stop the push for gay rights in the country. As her seemingly perfect marriage begins to fall apart, Lena finds herself drawn to a soft-spoken, compassionate pastor, Reverend Clyde.

Through these life-changing encounters, Jonny and Lena find themselves coming to a fuller understanding of who they are, a realisation that will have profound consequences for them both.

Children of God premiered in 2009, and was a critical success at film festivals around the world. It was the closing night film at the London Lesbian and Gay Film Festival, and also screened at the ttff/10, where it won both the jury and audience awards for best dramatic film.

In its review of the film, the Caribbean Review of Books noted, “Forms of open racial discrimination commonly accepted a few generations ago are unthinkable now. Children of God quietly argues that our attitudes to differences of sexuality can and must also evolve towards a similar tolerance.”

The screening of Children of God, which is 104 minutes long, begins at 8.00pm, and doors open at 7.15pm. Space is limited, so please arrive early to ensure seating. Refreshments will be on sale. 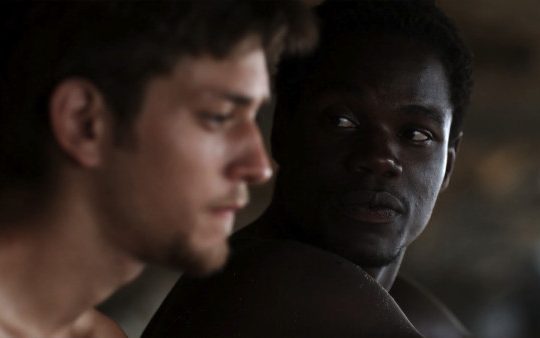