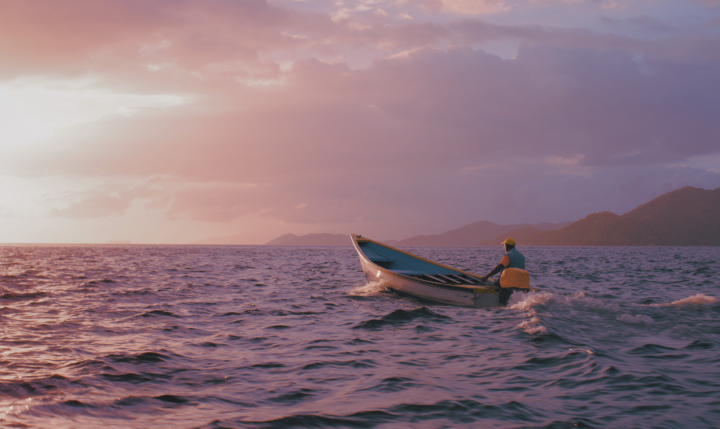 As part of the country’s celebration of Patriotism Month, the trinidad+tobago film festival will host Feature T+T- a day-long celebration of Trinidad and Tobago through the screening of local short and feature films, followed by Q&A sessions with some of the filmmakers. The screenings are part of the Ministry of Community Development Culture and the Arts’ Patriotism Month; and will be held on Republic Day, Sunday 24 September, at MovieTowne Port of Spain, San Fernando and Tobago. 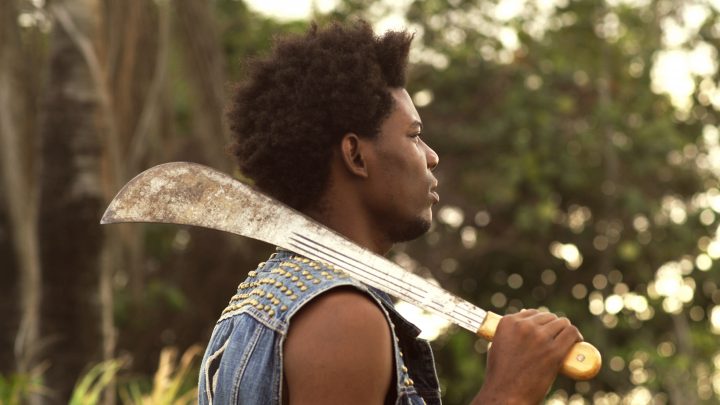 Among the feature films to be screened is Moko Jumbie by Trinidadian-American director, Vashti Anderson. It tells the story of Asha who, on vacation from England to visit family in rural Trinidad, soon discovers there’s trouble in paradise.  Drawn to her neighbour, a young fisherman, the strain between the two families, one Indian and one African, is palpable and as Asha’s attraction deepens, she must navigate racial taboos, family disapproval, political turmoil, and mysterious hauntings by ancestral spirits. Moko Jumbie, Anderson’s feature film debut, was a selection at the 2017 LA Film Festival. 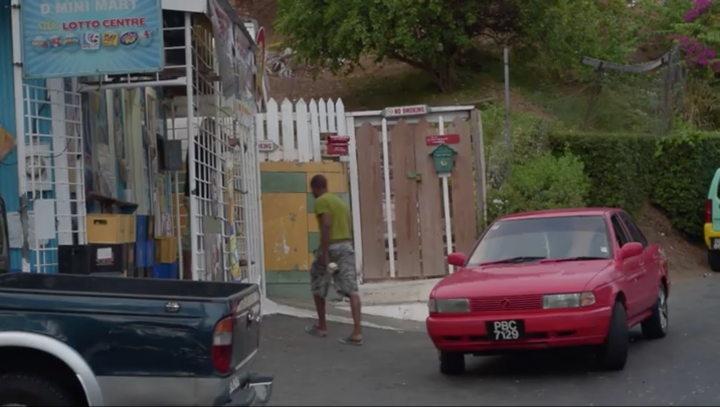 In Quick Pick, by Tobagonian filmmaker Miguel K. Lashley, young construction worker Travis Duke is out of luck with love, work and money, until a winning lotto ticket changes his fortunes. With no cash in hand yet, he borrows money from a drug lord to kickstart the celebrations and buy a car and a condo. But has Travis put the cart before the donkey? The third feature film in the T+T line up is Clifford Seedansingh’s The Lies We Tell,  a comedy about a serial adulterer who must face the consequences when the tables are turned. Green Days by the River, a fourth TT feature will open this year’s Festival at NAPA and has already been announced.

According to Bruce Paddington, founder and festival director of the ttff: “Feature T+T will be a day for Trinbagonians to come together to celebrate who we are, through the cinematic stories of some of the nation’s finest filmmakers. Film is a powerful vehicle for strengthening national identity, instilling national pride and preserving local culture in an increasingly globalized world. There is also a strong offering of short films in the programme, many from young and emerging filmmakers.” 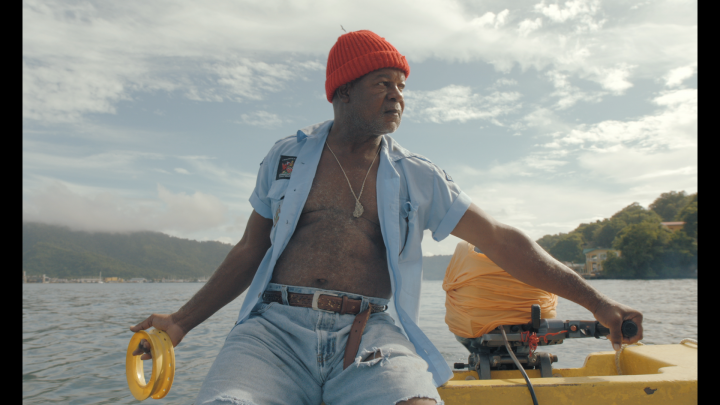 Salty Dog, by director Oliver Milne, features the familiar faces of actors Nickolai Salcedo and Errol Roberts – the salty dog of the title, alongside actress Kandyse Mc Clure. With the rug pulled from under his feet, Mortimer (Roberts) must navigate the stormy waters of his relationship with his estranged son (Salcedo). As tensions flare between the two and reconciliation seems near impossible, the son starts to check out retirement homes for his father. 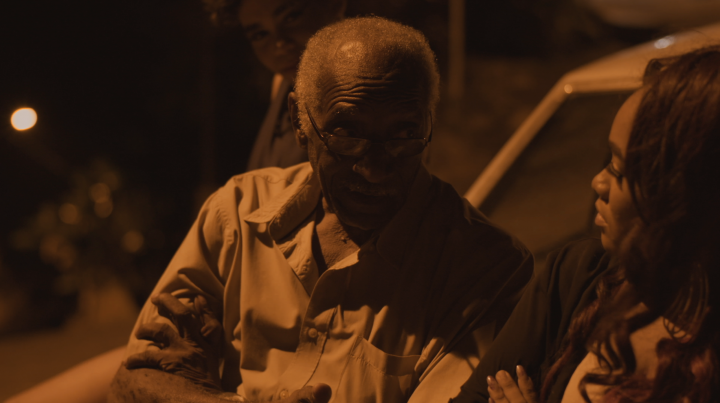 In Maya Cozier’s Short Drop – when Bartholomew, a retired civil servant, takes a drive downtown, Shanice mistakes his car for a taxi and hops in. Along the way, they encounter a wide range of Trinidadian characters, from cross-dresser Hott Pepper to gang member Tan Tan. It becomes a long day of reckoning with memories, friendships, and revelations.

Director Kevin Bhall’s beautiful animation, Temple in the Sea, chronicles the life and work of Siewdass Sadhu, an indentured labourer who laboured for years to build a Temple in the Sea at Waterloo. The story is told through the eyes of a young girl coming to terms with her heritage and identity. Bhall’s animated productions have earned critical nominations and local awards, including at the Animae Caribe Festival in 2005 and 2016 respectively. 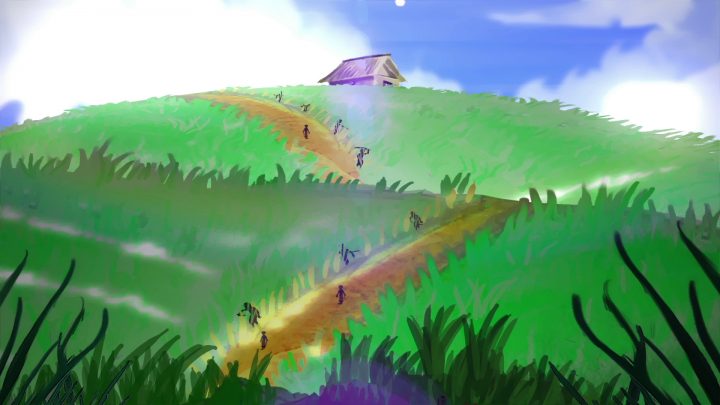 In Visibly Me by Nicola Cross – a 47-year-old woman with no partner and no children finds herself invisible and feels she has no choice but to find the antidote. Exploring memory and perspective, the director’s  deeply personal reflections will resonate with those who have found themselves “invisible” at some point in their lives.

Over thirty-four T+T films will be part of the Feature T+T Republic Day screenings at MovieTowne. Some are in competition for Awards, for Best TT Feature Film (TT$10,000) and Best TT Short Film (TT$5,000) – both sponsored by the Ministry of Community Development, Culture and the Arts. 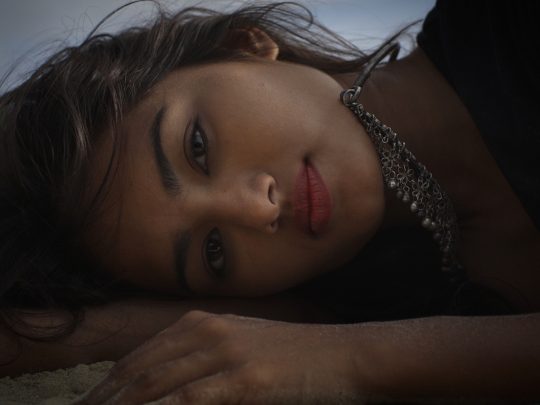