A new documentary out of Jamaica on the subject of reparations for African chattel slavery will screen at the 2014 trinidad+tobago film festival (ttff), which runs from 16–30 September.

Entitled The Price of Memory and directed by Karen Marks Mafundikwa, the film takes as its starting point the visit by Queen Elizabeth to Jamaica in 2002. On that trip, she was petitioned by a small group of Rastafari for slavery reparations.

The Price of Memory film traces the Rastafarian petition and a reparations lawsuit against the Queen over a decade into both the British and Jamaican parliaments, while interweaving stories of earlier Rastas who pursued reparations in the 1960s.

This timely, important film will have two screenings at ttff/14, on Sunday 21 September at 12.30 pm and Sunday 28 September at 3.30pm. The first screening takes place at The Little Carib Theatre; the second at MovieTowne, POS.

Immediately following the first screening on Sunday 21 September, a panel discussion on reparations will be held, sponsored by The National Gas Company of Trinidad and Tobago. The panelists are: Aiyegoro Ome, Chairman, T&T National Committee on Reparations; Bridget Brereton, Professor Emerita of History at UWI, St Augustine; Kevin Baldeosingh, newspaper columnist and public intellectual; and Clyde Noel, a member of All Mansions of Rastafari.

Then at the screening on Sunday 28 September, director Karen Marks Mafundikwa will be in attendance, and will engage in a Q&A session with the audience after the film.

Tickets for the either screening of the film cost $30 ($15 for students with student ID at MovieTowne) and may be purchased at the Little Carib and MovieTowne, respectively, in advance or at the time of the screenings. 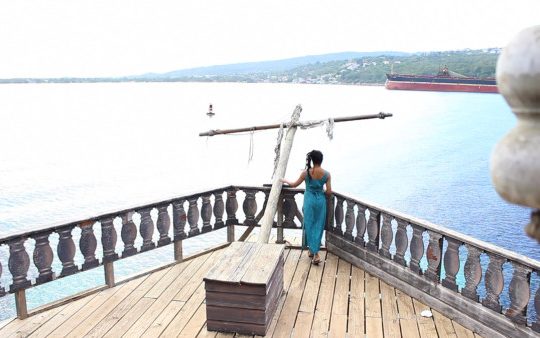