Every Cook Can Govern: The life, works and impact of C.L.R. James – the first feature-length documentary to explore the contributions of the great Trinidad revolutionary, will screen at the trinidad+tobago film festival later this month.

The documentary interweaves never-before-seen footage of James, with testimony from family and comrades, and analysis of his social, political and literary contributions by leading scholars of his work. From his positions on colonialism, cricket, Marxist revolution, and the role of the ordinary man in governance – this contextual and political analysis of his thoughts and works allows greater understanding of James, and what it meant to be an uncompromising revolutionary in the 20th Century, right up until his death, in London in 1989.

According to Ceri Dingle, the film’s director: “The film provides great insight into the life of a 24/7 revolutionary in the 20th century, and what it meant to stand by your principles to the very end, to fearlessly question received wisdom and tirelessly campaign for a better world.”

Every Cook Can Govern marks the culmination of a three year, multimedia project organised by the UK-based education charity WORLDwrite and its Citizen TV station, WORLDbytes. Having trained them from scratch to shoot, research and present on camera, over 200 of the organisation’s volunteers contributed to the making of the film, which was both crowd-funded and crowd-filmed, in tribute to James’ conviction that every cook can govern.

While most of the funding and resources came from sources in the UK, T+T’s Banyan Archives, the OWTU and the University of the West Indies, also provided valuable material.

Every Cook Can Govern: The life, works and impact of C.L.R. James will screen on:

The panels for the CLR screenings are: 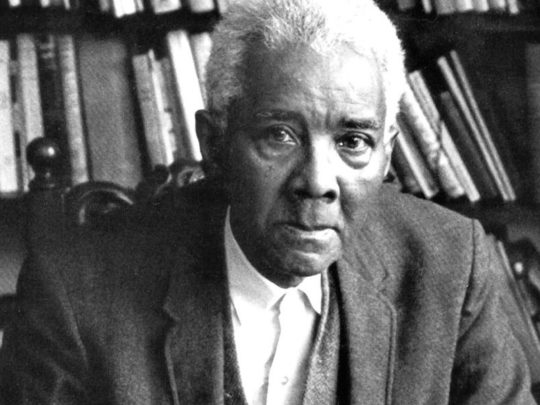