Documentary on legendary musician Fela Kuti to screen for Emancipation

Nigeria’s Fela Anikulapo-Kuti (1938–1997) is arguably the greatest musician to come out of Africa in the twentieth century, the inventor of the groundbreaking sound known as Afrobeat.

On Wednesday 30 July, the trinidad+tobago film festival, in collaboration with the Emancipation Support Committee and with technical services from North Eleven, will present Finding Fela (2014), a documentary on the life of this towering figure of music and resistance.

The screening takes place ahead of a live performance by Fela’s son, Seun Kuti, and his band Egypt 80, at the Queen’s Park Savannah the following evening, 31 July.

The film begins at 7pm. Seun Kuti will be present at the end to engage in a Q&A session with the audience.

Admission is free and open to everyone.

Directed by Academy Award-winning documentary filmmaker Alex Gibney, Finding Fela is a sweeping portrait of the artist as guerrilla warrior. Set to the insistent groove of Fela’s revolutionary Afrobeat sound, the remarkable story of one man’s courageous stand against a corrupt and dictatorial government gives testament to the transformative power of music as a force for social and political change.

Fela’s influence spanned the globe as his soaring music and unstoppable spirit transported audiences in the Americas, Europe and, most importantly, throughout Africa. His defiantly vocal opposition to the military regimes destroying his people made him the voice of the oppressed masses—and a target of brutal government retaliation.

Finding Fela features recently rediscovered archival footage of the legendary musician in performance, in interviews and in unguarded private moments, as well as new interviews with family, colleagues and friends for a glimpse of the audacious and dangerous life of a contradictory iconoclast who defined African political thought for more than two decades.

Simultaneously, the film goes behind the scenes to observe the evolution of Fela!—the hit Broadway musical based on Fela’s life and work. As the two parallel tales intertwine and merge, they form a nuanced commentary on the crucial role of art in our global society. 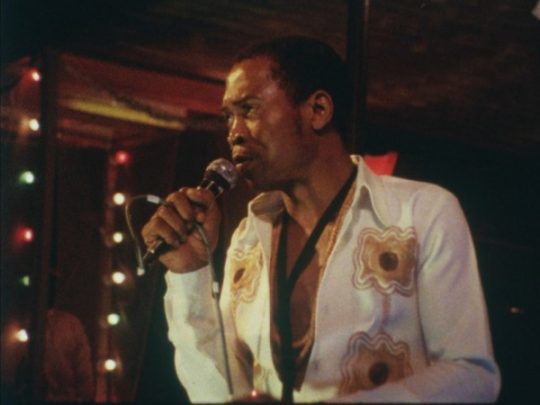