Keenly anticipated by filmmakers and film enthusiasts, this year’s trinidad+tobago film festival is set to captivate audiences with its powerful stories, and striking visuals. Film programmers have already hinted that the diverse slate of talent from the Caribbean and beyond is sure to resonate with local audiences and it is therefore fitting that the opening night film, ‘Chee$e’ [16+] is directed by Trinidadian filmmaker, Damian Marcano.

Marcano is excited to have the Caribbean premier of his film at ttff/22 and shares, “I couldn’t have predicted that ‘Chee$e’ would have had the type of reception that it has had thus far – and now I can’t wait to take it in at home. I hope people can take away that they should just be themselves because that is what we did when we made the film…  we stayed true to who we are. ‘Chee$e’ is a vibe; let’s keep the vibes going.”

Seven years in the making, ‘Chee$e’ [16+] tells the story of Skimma (Akil Williams), a young man who has to come up with a plan when he gets a girl pregnant. Set in a town referred to as “Behind God’s Back” presumably in Trinidad and Tobago, Skimma is desperate to escape his situation. With dreams that are larger than island life, he takes the lessons learned from working with the local cheesemaker to his new enterprise – baking weed into blocks of cheese and selling it. ‘Chee$e’ takes us on a ride with Skimma as he schemes to achieve wealth, becoming the island’s most prolific supplier as demand for his product grows. We experience all the highs, lows and increasing risk of danger right along with him.

A twisted rags-to-riches tale, the authentic portrayal of island life and one man’s struggle to create his own niche, ‘Chee$e’ is the first instalment of a planned trilogy and its remarkable performances, score and visuals do not disappoint.

Described as “a model of what independent filmmaking should be” by Richard Brody, The New Yorker, the film has been praised for its “exuberance and scrutiny, craft and sincerity, hands-on artistry and incisive observation.”

Interestingly, Marcano also served as the film’s cinematographer, screenwriter, and composer – his unique way of seeing is apparent throughout. No doubt enriched by his background, Marcano’s career began shooting shorts in the region: ‘The little boy and the ball’, ‘Giants’, and ‘Heart of a monster’. His feature, award-winning film, ‘God loves the fighter’ racked up numerous prizes worldwide, setting him on a path to direct Hollywood titles, including HBO’s ‘Winning Time: The Rise of The Lakers Dynasty’, and FX’s ‘Snowfall’.

The Opening Night screening takes place at IMAX on 21 September with a pre-screening cocktail reception at IMAX. The afterparty will be held at the Dalai Llama (Lower Commons, One Woodbrook Place). Tickets cost $200 and there are discounts for  FILMCO members. Tickets will be available online at https://ttfilmfestival.com/product/opening-night-gala-ticket-cheee and from the festival office from 23 August. 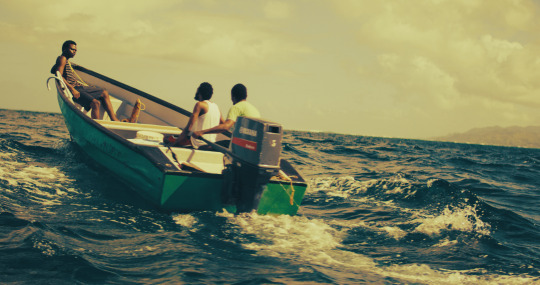