Cocote is not a movie to be watched but experienced. The director Nelson Carlo De Santos Arias is bold, and uses powerful sounds to add drama to seemingly uninteresting moments. He uses the stunning, natural scenery of the Dominican Republic as a backdrop for his film. At times he switches from excessively bright lighting to black and white almost seamlessly creating artistically intriguing scenes; the sliding of colour and lighting also makes the film a bit hard to follow, becoming more of a distraction the further into the film we get.

Alberto (Vicente Santos) is literally a bible toting, Evangelical Christian gardener working for a wealthy family in the county’s capital of Santa Domingo when he receives news of his father’s death. He must now journey to his childhood home in rural Pueblo. There he discovers the gruesome facts of his father’s death. He learns his father was murdered by a self proclaimed “community leader” and lieutenant, Martinez (Ricardo Ariel Toribio). There he further learns that his family expects him to avenge his father’s honour by seeking revenge for his death because only then will the soul of his father rest in peace. This goes against his own religious and personal beliefs. Alberto must now force himself to partake in the morning rites of his village the Rezos; a heavily catholic ritual with pagan and voodoo influences.

The director truly captures the raw grief and frustration that happens when a loved one is taken violently. The scenes of the Rezos itself are striking and uncomfortable. The roaring, rhythmic beating of the drums and openly uncontrolled morning and praying will either captivate you or alienate you.

Alberto himself seems uneasy with the rituals and vengeance. Instead, he attempts to get justice through the law; only to be stopped on learning that Martinez is a police officer and no charges will be brought against him. In the mean time his sisters Patricia (Yuberbi de la Rosa) and Karina (Judith Rodriguez Perez) go looking for trouble which leads to not only his life being threatened, but also the lives of his family. You see him throughout the film trying to stay true to himself and his faith, but finding a middle ground is hard when the growing frustration of his family causes them to pressure him to seek revenge. The scenes where he and his sister argue are intense and saturated with profanity which is a stark contrast to the natural settings they are shot in which are beautiful and calm.

Essentially, this film is so much more than a drama; it is a documentary highlighting the different religious beliefs that exist in the Dominican Republic. It is a film about class and corruption and at times these themes dominate the movie, leaving little room for growth, development and elucidating the back stories of the supporting characters. As spectators, we cannot help but crave more from this film. We see the potential, the superb acting of its cast, leaves us wanting more complexity from its two dimensional characters. We want to be told the story of Alberto, but his story falls short if we do not include the stories of Patricia, Karina or even Martinez.

Despite its flaws Cocote is a remarkable achievement for the first time Director Nelson Carlo De Los Santos Aria. He pushes the envelope unapologetically. He has taken a film and elevated it to a work of art. It is only fitting therefore that this movie should not be consumed like any other film. Be open-minded, and allow yourself to experience it. 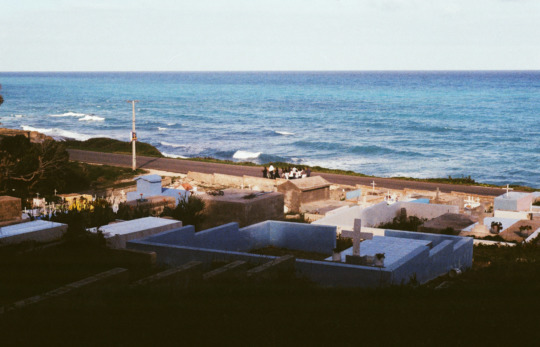