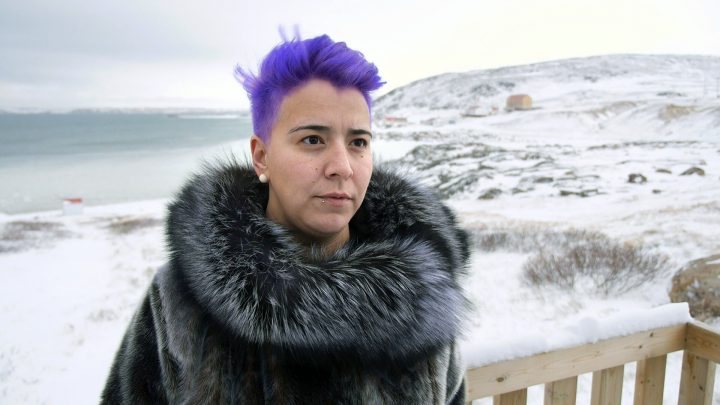 In celebration of Canadian diversity, on and off the screen, we  are hosting a screening of the Canadian film Two Soft Things, Two Hard Things – to highlight one aspect of that diversity. The screening, which will take place at the Hyatt Regency on Sunday 24 September, from 3.30pm, is free of charge and courtesy the Canadian High Commission in Port of Spain.

Allison Brewer, one of the activists who appears in the documentary, will be in attendance to introduce the film and participate in a panel session at the end of the screening, giving the audience the opportunity to further explore the issues examined in the film.

Two Soft Things, Two Hard Things, by  Mark Kenneth Woods + Michael Yerxa, explores a dramatic period in the 1950s when colonisation and religion shamed and erased traditional beliefs about sexuality and family structure among the Inuit population in northwest Canada. What started as a film about a community’s LGBTQ pride celebration, quickly developed into a layered discussion of government colonial programs, Christian missions, language and the loss of cultural identity.

Under systematic indoctrination, national pride was soon replaced by shame, as over a generation – Western colonisers through Christianity, the education system and confiscation of land, taught Inuit people that their traditional ways were barbaric and blasphemous, silencing and erasing an entire culture – from family structures, to spirituality and sexual practices. The loss of identity and sense of shame still persist today, but now a new generation of  activists, politicians and artists are seeking to reclaim and “un-shame” the past.

That past includes ancient words passed down by elders to describe same-sex relationships. For women, it translates as: two soft things rubbing against each other; for men, it’s two hard things. An important layer to the discussion is the historically different conception of gender, sex and sexuality in Inuit culture.

According to an article on the film published in Xtra, a Canadian-based, LGBT-focused internet magazine, Dr Chris Trott, associate professor of native studies at the University of Manitoba and author of the article ‘The Gender of the Bear,’  examining gender ambivalence in traditional Inuit culture, believes homoerotic behaviour likely existed among the Inuit historically, but did not translate into homosexuality for them.

Key to this is the Inuit understanding of gender: “You receive your gender from the person whose name you receive,” Trott explains. “If it’s your grandfather, it doesn’t matter what sex you are; you are a boy because you are named for your grandfather, and you will be brought up as a boy. Roughly around puberty, people’s sex and gender would be realigned. So for Inuit people, gender is much more contextual and situational.”

Of course, these traditional views were disrupted when entire generations of Inuit people were sent to residential schools and exposed to Western notions of homosexuality and homophobia. The result appears to be a curious fusion of cultures: some Inuit people do identify as gay, while others do not use such labels. Furthermore, others who may not be used to the idea of “being gay” nevertheless invoke the Inuit values of being accepting and caring.

There are some of course, who question the need to highlight same-sex issues separately from other social issues affecting Inuit communities. “We’ve got suicide, substance abuse, domestic violence” says Natalie O’Grady, a 30-year-old lesbian originally from Halifax. “LGBTQ issues are part of it, but it’s so small compared to all of the other issues stemming from colonialism and developments like mining.” 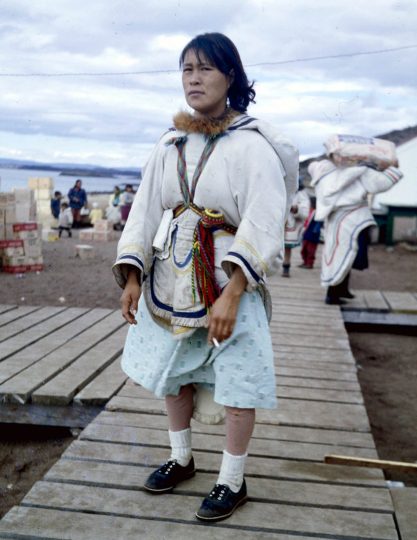