The feature-film projects participating in the inaugural Caribbean Film Mart (CFM), taking place at the 2015 trinidad+tobago film festival (ttff/15), will engage in a training initiative facilitated by Jan Miller, an international consultant and trainer specialising in film and television co-production and co-venturing.

Fifteen projects from ten countries will participate in the CFM, which takes place from September 24–26. The training initiative takes place on the 22nd and 23rd.

For twenty years Jan Miller has delivered one of the top pitching and content development workshops in the world. Her awards include ITV’s Woman of Vision Award, WIFT-Toronto’s first Crystal Award for Excellence in Training/Professional Development, and the WIFT-AT Wave Award for her significant contribution and support of the Atlantic screen industry.

“We are pleased to be working with Jan Miller, to both train the participating filmmakers in their pitch and also in the fabrication of the Mart itself,” said Emilie Upczak, ttff Creative Director.

The training will include a half-day masterclass on pitching and a series of one-on-one meetings. The training will culminate on the morning of the 24th with the CFM Pitch, to be held at the Hyatt Trinidad. Eight selected filmmakers from the CFM will present five-minute pitches of their projects to a group of visiting industry professionals. These industry experts may ask questions and will provide feedback on the project to move each one forward.

The CFM projects are:

Beauty Kingdom, Dominican Republic, Fiction
Directors: Laura Amelia Guzmán, Israel Cárdenas
Producers: Laura Amelia Guzmán, Israel Cárdenas, Mónica De Moya
In a magical place in the Caribbean, the most expensive film of all time is about to be shot. The Diva, a 70-year-old eccentric actress, has arrived to star in the film. She finds herself surrounded by the absurdity that such a film production implies, as she rigorously prepares for her role. All the while, she senses the impending end of the world. Nonetheless, the film must go on.

Cargo, Bahamas, Fiction
Director: Kareem Mortimer
Producers: Trevite Willis, Alexander Younis
Kevin is a Bahamian fisherman whose life is slowly unraveling. After wasting his remaining money at a gambling house he is approached by a security guard, Mark, who suggests that Kevin supplement his income by using his vessel as a means to transport people illegally into the United States. Kevin leads scores of migrants on a treacherous, unsettling and perilous final journey.

Conch, Curaçao, Fiction
Director: German Gruber
Producer: German Gruber
A young boy runs away from home after the loss of his mother, searching for the message that he saw her whisper into a conch shell the night before her death. Between nightmares of drowning and daydreams of becoming a musician, he goes around asking the characters he meets along his desolate journey about the message in the conch. To find out, he will have to confront his fear of the sea.

Doubles with Slight Pepper, Trinidad and Tobago/USA, Fiction
Director: Ian Harnarine
Producer: Ryan Silbert
Dhani, a young Trinidadian street-vendor, struggles to support himself and his mother by selling doubles. When his estranged father, Ragbir, unexpectedly invites him to New York, Dhani must travel to America and decide if he will save his father’s life. Based on the multi-award-winning short  film by Ian Harnarine and executive-produced by Spike Lee.

The Dragon, Trinidad and Tobago, Fiction
Director: Asha Lovelace
Producer: Asha Lovelace
Aldrick’s sole responsibility in life is to his dragon masquerade that he plays for Carnival. When he finds himself falling for Sylvia, the most desired young woman on the hill, he is unable to commit to her and she succumbs to the advances of an older man. This plummets Aldrick into a moment of blind rebellion that ends in tragedy and forces him to confront his role as dragon and man.

The Extraordinary Journey of Celeste Garcia, Cuba, Fiction
Director: Arturo Infante
Producers: Claudia Calviño, Alejandro Tovar
Celeste is in her sixties and sells tickets at a planetarium. The discovery of an alien race shocks the world. Humans will send a spaceship carrying regular citizens to make contact with the alien civilisation. Tired of her monotonous life, Celeste decides to apply for a spot on the ship and embark into the unknown. What Celeste and the rest of the passengers on the ship seek in another galaxy is the Cuban dream of a better life.

The Fisherman’s Son, Puerto Rico, Fiction
Director: Edgar Deluque
Producer: Annabelle Mullen
A transsexual runs away to his childhood home at a fishermen’s island after murdering a policeman. He must face his father who he hasn’t seen in fifteen years and who doesn’t want anything to do with his transsexual child.

Green Days by the River, Trinidad and Tobago, Fiction
Director: Michael Mooleedhar
Producer: Christian James
Set against the backdrop of rural Trinidad in 1952, this is the story of fifteen-year-old Shell, the new boy in the village. Shell naively navigates a love triangle between an attractive Indian girl, Rosalie, and the more personable Joan. Though flattered by the friendship of Rosalie’s father, he focuses on becoming a man in the wake of his father’s terminal illness and will discover the difficult choices ahead.

“Hello Nicki”, Trinidad and Tobago, Documentary
Director: Miquel Galofré
Producer: Jean-Michel Gibert
This documentary follows Shanice, a teenage girl from Trinidad, as she seeks to actualise her grand dream of making music and collaborating with Nicki Minaj. Shanice is a spirited soul living with cerebral palsy and has a unique way of viewing the world. She is keenly aware of the isolation her appearance has caused, but her personality remains bright, upbeat and hopeful.

Kidnapping Inc., Haiti, Fiction
Director: Bruno Mourral
Producers: Gaethan Chancy, Bruno Mourral, Raoul Peck
This is a twisted, dark comedy about two delivery men working for an underground kidnapping corporation in Haiti. Doc and Zoe are scheduled to deliver a senator’s son worth $300,000. In the midst of their usual bickering, one kills the senator’s son accidentally. Trying to fix the mess they find themselves in, they stumble upon the senator’s son lookalike, which sets them on the craziest kidnapping of their lives.

Papa Machete, Haiti/Barbados/USA, Documentary
Director: Jonathan David Kane
Producers: Jason Fitzroy Jeffers, Keisha Rae Witherspoon
Two hundred years ago, Haitian slaves defeated Napoleon’s armies with the very tool they used to work the land: the machete. Papa Machete explores the esoteric martial art that emerged from this victory through the life and recent death of Alfred Avril, a poor farmer who was one of the art’s few remaining masters. With his passing, Avril’s two sons are confronted with loss, legacy and American dreams.

Potomitans: Women Pillars in Revolt, Guadeloupe, Documentary
Director: Bouchera Azzouz
Producers: Nina Vilus, Laurence Lascary
This film is an exploratory journey into the heart of the everyday life of five Guadeloupean women. Liliane, Ginette, Vanessa, Corinne and Chantal are considered “potomitans”, women who assume professional and familial responsibilities without the help of a man. Everything rests on the courage of these women, who are trying to emancipate themselves by claiming a new way of being a woman.

The Seawall, Guyana/USA, Fiction
Director: Mason Richards
Producer: Sohini Sengupta
Malachi, a struggling young writer in Brooklyn, learns of his girlfriend’s pregnancy and returns to his birth country, Guyana, to sell off his inheritance. In Guyana, Malachi ends up confronting his estranged father who abandoned him as a child. Malachi gets closure, and makes decisions about the kind of father he would be to his unborn child.

Sprinter, Jamaica, Fiction
Director: Storm Saulter
Producer: Donald Ranvaud
Akeem, a young Rastafarian, surprisingly shatters the 200-metre high-school track record. He must make the national team to compete at the World Youth Championships in Philadelphia if he wants a chance to reunite with his mother who has been living there illegally for ten years. Akeem’s overnight popularity and the sudden return of his estranged older brother disrupt his focus. Meanwhile, a scandal is brewing that threatens to derail his career before it’s even started.

Wind Rush, Trinidad and Tobago/USA, Documentary
Director: Vashti Harrison
Producer: Vashti Harrison
Calypso music serves a significant role in the Caribbean emigrant experience in London, which began in earnest in the 1950’s. Calypso was the music of the minority, the voice of the other, and it helped to define the West Indian identity in England. Using the music of Calypsonians Lord Beginner and Lord Kitchener as a roadmap to this journey of discovery and displacement, the film will focus on their homes both in Trinidad and London.

The Caribbean Film Mart is being implemented in association with the Fundación Global Democracia y Dessarollo from the Dominican Republic, the Association for the Development of Art Cinema and Practice in Guadeloupe, the Foundation of New Latin American Cinema from Cuba, and the Festival Régional et International du Cinéma de Guadeloupe.

The project is supported by the ACP Cultures+ Programme, funded by the European Union (European Development Fund) and implemented by the ACP Group of States. 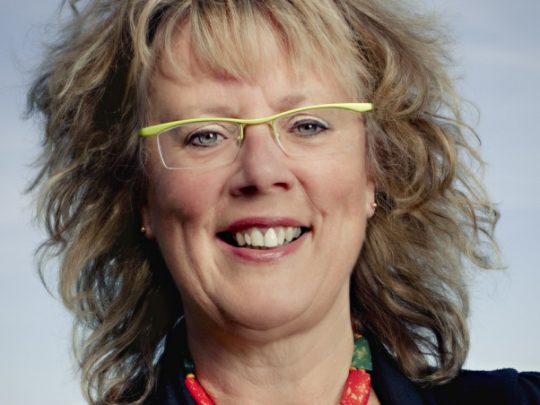