The call for submissions for the Caribbean Film Mart, which will take place from 24-25 September 2016, is now open.

The Caribbean Film Mart will be held during the 11th edition of the trinidad+tobago film festival (ttff), and is seeking Caribbean feature film projects (narrative and documentary) in development or pre-production. The Mart seeks to foster direct relationships between the Caribbean and the international film industry, by stimulating and facilitating viable cinematic productions and co-productions.

The selected filmmakers will have the opportunity to meet one-on-one with, and pitch their projects to, international film professionals in the field of production and distribution. The Mart will include presentations on international appeal and visibility of local films, co-productions, strategies for marketing films in different territories, distribution and the role of sales agents.

All applications must be for feature film projects in development or pre-production to be made in the Caribbean. Either the producer or the director must be a Caribbean citizen or resident from the following territories: the English-speaking Caribbean, the Netherlands Antilles, and Haiti .

All submissions for the Caribbean Film Mart must be made to submit@ttfilmfestival.com no later than 24 August 2016.

The Caribbean Film Mart will be held in English and application materials should be submitted in English.

The 19 August deadline for all submissions will be strictly followed. Filmmakers should not submit projects that do not fulfill the stated criteria. The ttff reserves the right to determine the eligibility of the submissions. Selected projects will be notified by the end of August.

Selection criteria:
The main criteria for selection are the viability and quality of the projects and the demonstrable talent of the directors and/or producers.
Each project will be considered on its own merits.
Again, the project MUST be made in the CARIBBEAN and either the producer or the director must be a Caribbean citizen or resident.

Specific conditions:
For selected projects, one representative, either the producer or director, must be present for the duration of the Caribbean Film Mart.
Selected projects will receive industry accreditation for the Caribbean Film Mart.
You may only apply if your film is still in the development or pre-production stage. However, if you have shot a teaser or trailer, you may still be eligible to apply.
Each applicant may submit only one project. 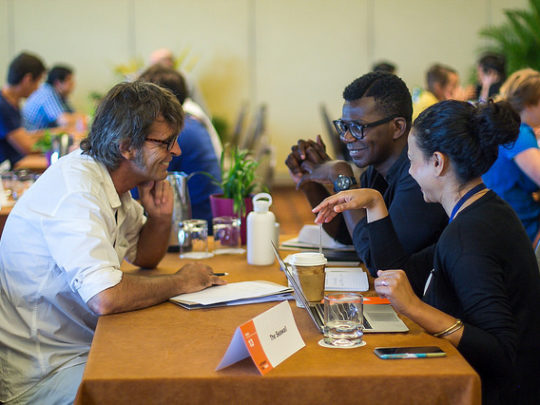