The trinidad+tobago film festival, with the support of FILMCO and in partnership with EFM (European Film Market), is pleased to announce a call for applications for the 2022 EFM Fiction Toolbox Programme. Entry-to-mid level fiction film producers or producing filmmakers –  from Trinidad and Tobago, Antigua & Barbuda, the Bahamas, Barbados and St Kitts & Nevis – with a feature-length fiction film (60 mins or longer) in development and based on Caribbean issues or themes are invited to apply here. FILMCO will support the online participation of one project.

Under the guidance of a consultant and a coordinator, the Fiction Toolbox Programme is intended to endow fiction creatives with market intelligence, connections and a kit of transferable business know-how.

Applicants should possess at least one feature-length fiction project that is either in development (preferably with some financing and/ or funding already secured) as well as marketing materials such as a mood reel, teaser or trailer/ promo.

The application deadline is 5pm AST, December 13, 2021. **Applications received after this time will not be considered. 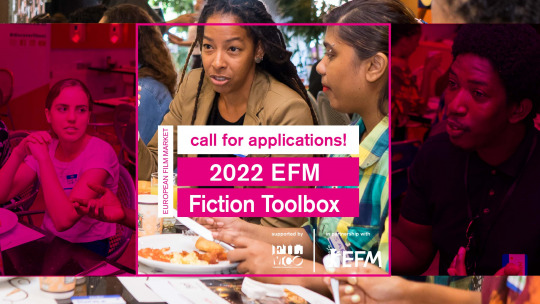