The film ’70: Remembering a Revolution, a documentary about the 1970 Black Power uprising, will be the first screening of this year’s T&T Film Nights, presented by the trinidad+tobago film festival (ttff), and sponsored by the Trinidad & Tobago Film Company (TTFC) in association with Reel Trini.

The screening takes place on Sunday 29 January, 7pm, at Trevor’s Edge, St John’s Road, St Augustine (opposite Scotiabank). Admission is free, and there will be food and drinks on sale.

Directed by Alex de Verteuil and Elizabeth Topp, ’70 is a comprehensive and incisive look back at the heady events of 1970. The film features revealing interviews with many of the personalities who were part of the uprising, and is interspersed with compelling file footage from the era.

A soundtrack comprising many of the calypsoes of the era—including songs written about the Black Power movement itself—rounds out the film.

Acclaimed by critics, ’70 won the jury prize for best local feature film at the ttff/11, and has screened at various other film festivals abroad.

The trinidad + tobago film festival is held annually in September and is presented by Flow, given leading sponsorship by RBC Royal Bank and bpTT, and supported by the Trinidad & Tobago Film Company, the National Gas Company, the Tourism Development Company and the Tobago House of Assembly. For more information visit www.ttfilmfestival.com. 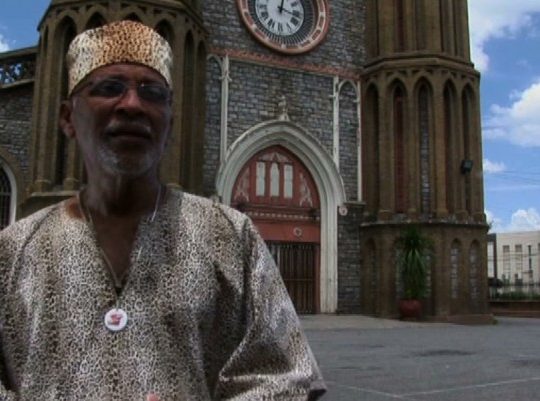