The world premiere of the film Bazodee will now take place at MovieTowne, Port of Spain on Wednesday 23 September 2015, with live appearances from the stars of the film, including Bollywood actor Kabir Bedi, British actress Natalie Perera, Trinidad-born/UK-based actor Valmike Rampersad, and the king of soca, Machel Montano.

The evening will begin at 6.00pm with cocktails at Fiesta Plaza, featuring live tassa and pan and a media call for the stars on the red carpet, followed by the formal launch and film screening inside the cinema at 7.30pm.

The event will end with an after-party at Aria on Ariapita Avenue, where Machel will perform a short set.

Tickets are available from the trinidad+tobago film festival secretariat at the Hyatt Regency Trinidad or at the Festival booth at MovieTowne, Port of Spain and cost TT$250 for the gala reception and screening only and TT$350 for the reception, screening and after-party.

Tickets already purchased for the event are still valid.

For more information contact hello@ttfilmfestival.com or the Festival secretariat at 623 2222 ext 4320. 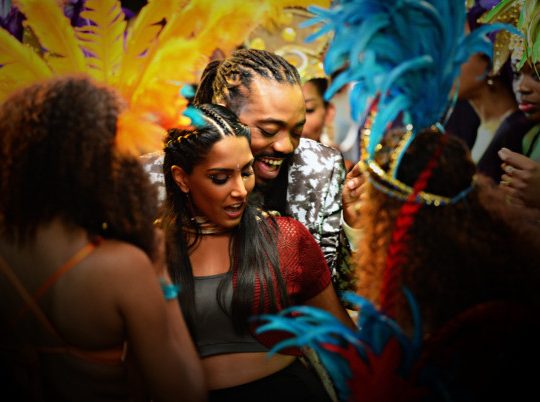