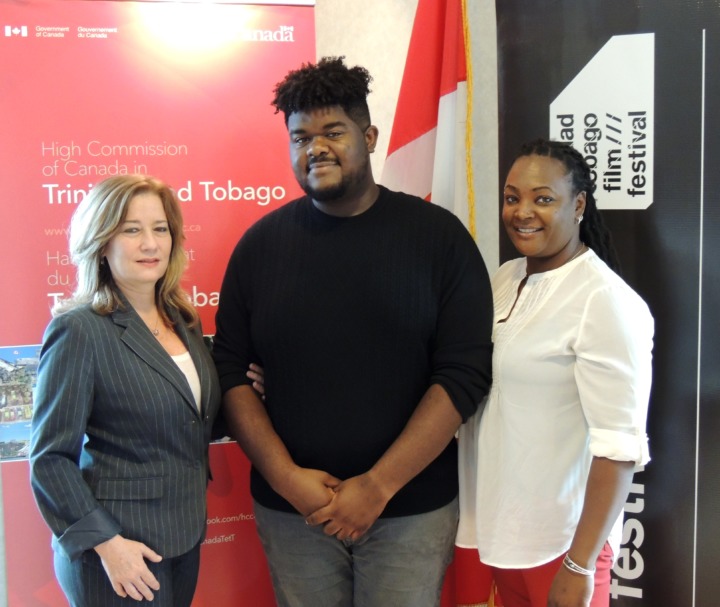 The trinidad+tobago film festival in partnership with the Canadian High Commission is pleased to announce the winners of the The Reel Human Rights on Film training programme.

Filmmakers Siobhan Millette, Andrei Pierre and Francesca Hawkins will receive $5,000CDN each. The three short completed films will be shown at ttff/18 in September.

In March 2017 , the trinidad+tobago film festival  partnered with the Canadian High Commission to present a script writing programme for 15  emerging filmmakers. The workshop was facilitated by Canadian film professional Annmarie Morais who continued to mentor the filmmakers throughout the year.

In March of this year, the same fifteen filmmakers attended  a two-day workshop on ‘From script to Production’. This was conducted  by Film Board of Canada producer Selwyn Jacob, and also included presentations from specialists in human rights issues in order to assist the writers develop an approach to their topic. These filmmakers were then tasked to  produce a script for a five minute short narrative or documentary film, on a human rights issue in Trinidad and Tobago, or the wider Caribbean. 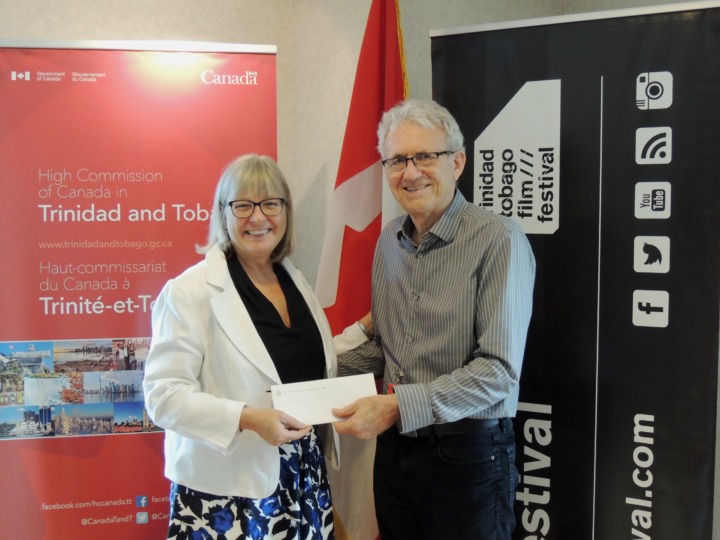 At the cheque presentation ceremony at the Canadian High Commission, Her Excellency Carla Hogan Rufelds, reiterated that Canada regards human rights as universal, indivisible, interdependent and interrelated . She emphasised that human rights cinema plays an important role in the struggle for justice and dignity, speaking out against censorship and repression. She remarked that “this extremely powerful medium can touch and inspire audiences, challenging individuals to expand their knowledge and perspectives. It can also stimulate healthy dialogue, and ultimately, change.”

An important part of the ttff’s annual programme is a strong lineup of films that focus on issues of gender inequality, children’s rights, issues impacting the LGBTQI community and other human rights and social and economic inequalities.

According to Annabelle Alcazar, programme director of the ttff: “This programme marries our interest in developing the skills of local filmmakers and writers, with advancing the conversations on human rights in Trinidad and Tobago. We were very excited about this project and we are pleased to see how the filmmakers rose to the challenge of using their artistic knowledge and skill to bring these important issues alive.”

The three successful filmmakers were jubilant about being able to realise their projects. According to Siobhan Millette: “I’m grateful that the Canadian High Commission has afforded me the opportunity to bring attention to one aspect of how these prejudices affect one of the many marginalized communities here in Trinidad and Tobago. Often late to the table, it is high time that ALL citizens are afforded equality and protection from discrimination, violence, unfair treatment and biases under the laws of our land”.

Andrei Pierre remarked on the advantages to his professional development: “This program has given me robust legs to stand on as a filmmaker. I’ve been able to not just hone my craft, but now have an opportunity to prove it. I’m a grateful for the privilege to hold a lens to underrepresented communities and under-addressed issues in our culture, and help tell their stories responsibly and with due empathy.”

Francesca Hawkins complimented the partnership and initiative:
“Our names were removed from the submissions to ensure transparency in the judging process. This collaboration between ttff and the CHC has been extremely supportive of film development while also raising awareness on a variety of Human Rights issues in Trinidad and Tobago.” 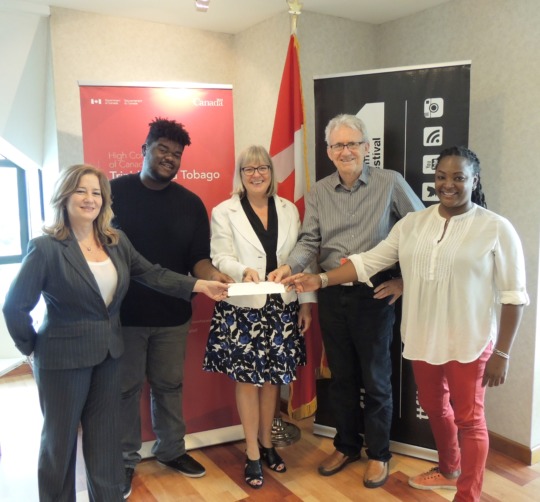