A brilliant piano player and a beautiful singer from Cuba chase their dreams—and each other—across the globe in the majestic Chico & Rita, the next installment of the trinidad+tobago film festival (ttff) and bpTT’s Community Cinergy series of film screenings.

The screening takes place at the Magdalena Grand Beach Resort, Tobago Plantations Estate, Lowlands, Tobago on April 9 (Easter Monday), from 7pm. The film, which is in Spanish with English subtitles, is for persons 14 years and over. Admission is free of charge, and dinner, snacks and drinks will be available.

Chico & Rita follows the fortunes of its title characters as they travel from Havana in the 1940s to the bright lights of New York and beyond. Love and passion unite them, but success and the social and political upheavals of the time threaten to tear them apart.

Described by the New York Times as “Sexy, sweet and laced with a sadness at once specific to its place and time” and “an animated valentine to Cuba and its music”, Chico & Rita was nominated as the best animated feature at this year’s Academy Awards.

The film—which has a ravishing score by nonagenarian Cuban music legend Bebo Valdés—was also the opening night selection of the ttff/11.

The ttff is held annually in September and is presented by Flow, given leading sponsorship by RBC Royal Bank and bpTT, and supported by the Trinidad & Tobago Film Company, the National Gas Company, the Tourism Development Company, the Tobago House of Assembly and the Ministry of Arts and Multiculturalism. For more information visit www.ttfilmfestival.com. 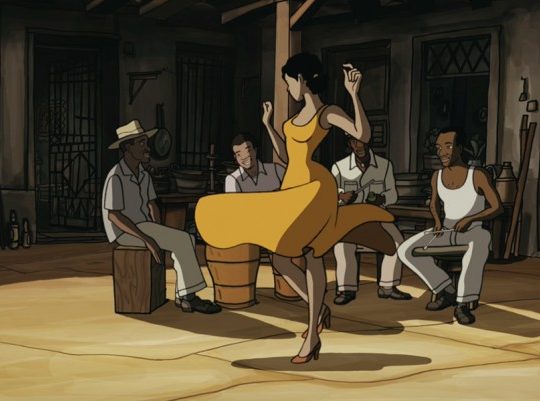